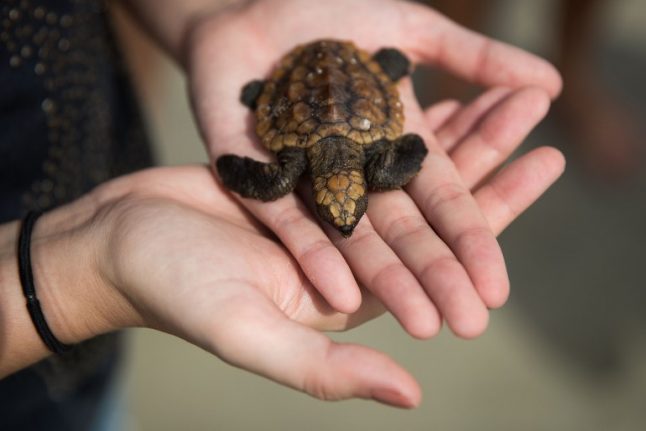 Stock photo of a turtle: AFP

The unnamed woman was admitted to the emergency department at El Mojón clinic, in Arona on the island's southern tip, on Saturday after complaining of abdominal pains.

Doctors discovered she was suffering a “serious infection” caused by the dead reptile that they found inside her. They did not reveal the size of the animal or the exact species.

The Spanish word ‘tortuga’ is commonly used for turtle but could also refer to tortoise or terrapin.

The woman, reportedly told medical staff that she had no idea how the reptile had got in there but believed it had occurred in Thursday while she “was out partying” with a group of British friends, according to Canary Island newspaper El Dia.

Police officers interviewed the woman to determine whether she was a victim of sexual assault, but she did not want to pursue the matter.

A police source on the island said: “This incident did occur and the reports are true. The woman does not know how the reptile ended up where it did and we don’t either.”

READ ALSO: Madrid's Atocha railway station is about to lose its famous turtles