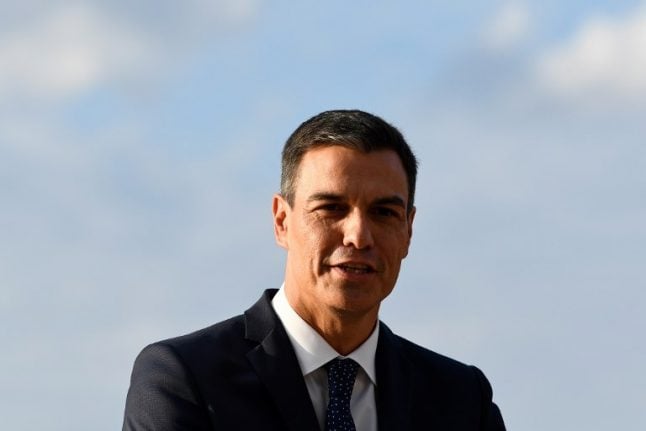 Pedro Sanchez said it was needed to preserve good ties with the Saudis. Photo: AFP

His Socialist government announced earlier this month that it would block the delivery of the weapons amid concerns that they could harm civilians in Yemen where Saudi Arabi is engaged in a bloody conflict.

But on Thursday Foreign Minister Josep Borrell announced the government had decided to deliver the weapons after all, angering humanitarian groups. Cancellation of the deal would jeopardise a much larger order for five Corvette warships worth 1.8 billion euros, to be built by Spain's Navantia shipyard in the southern region of Andalusia, with thousands of jobs at stake.

Workers in the region, a stronghold of the ruling Socialist Party, had staged demonstrations pressing for the deal to go ahead.

Asked about the policy reversal during an interview with private television La Sexta, Prime Minister Pedro Sanchez said his government risked “creating the image that it was revising its entire relationship” with Saudi Arabia if it did not deliver the weapons.

“The situation was very complicated. The dilemma the government faced was breaking its commercial, economic and political ties with Saudi Arabia, with the impact this could have in some areas of the country, such as the Bay of Cadiz, or carry out a contract signed by the previous government,” he added.

Saudi Arabia, a longtime ally, had already paid 9.2 million euros ($10.7 million) for the bombs under a 2015 contract signed by a previous, conservative administration in Spain.

Apart from the warship deal, Madrid has obtained juicy engineering contracts to build a high-speed railway linking Mecca and Medina, and a metro in Riyadh.

Spain is the fourth largest provider of military equipment and weapons to the Gulf state, according to Amnesty International.

Nearly 10,000 people have been killed in Yemen since Saudi Arabia, the United Arab Emirates and other allies intervened in 2015 after Huthi rebels ousted the government from the capital Sanaa and seized swathes of the country.