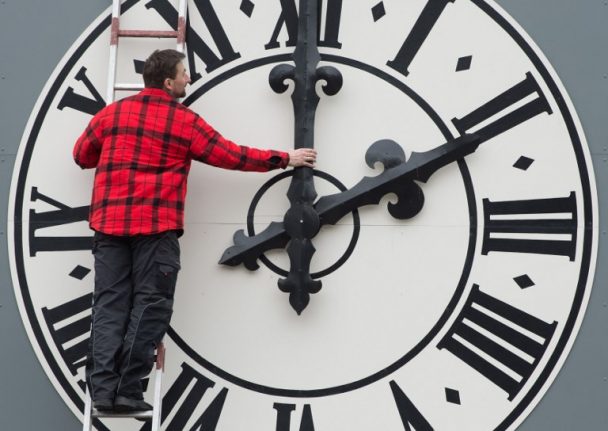 The results are in and with 80 percent of Europeans for getting rid of the seasonal changing of the clocks, the EU wants to grant their wish.

Six months after the European parliament approved ditching the practice that many find problematic, the President of the European Commission Jean-Claude Juncker has now backed the move.

Juncker said the commission would recommend “abolishing” the transition to winter time that takes place when the clocks go back by one hour each autumn, so in effect Europe would remain on “summer time”.

“The changing of the clocks will be scrapped,” Juncker told German news channel ZDF, adding that the idea would be to keep the whole of Europe on “summer time” all year-round.

More than 80 percent of the Europeans who took part in the survey were in favour of ending the changing of the clocks, with the survey striking a particular chord with Germans who made up 3 million of the total 4.6 million people surveyed.

“Millions of people have responded and are of the opinion that in the future it is summer time that should be in place all the time, and we will achieve that,” said the president of the Commission.

The practice sees Europeans put their clocks forward by an hour in spring, which is also known as daylight saving time, and go back by an hour in autumn. That change effectively makes the evenings longer in the summer and shorter in the winter, although the winter mornings are less gloomy.

Most areas in North America and Europe, and some areas in the Middle East, observe daylight saving time (DST), while most areas of Africa and Asia do not.

But in order to turn back the time on the changing of the clocks, the move will first have to be approved unanimously by all member states of the European Union via the European Council as well as MPs in the European parliament.

With Britain on schedule to quit the EU in March next year, it is unclear whether the country would be affected by the EU's move if it goes ahead.

British time is currently an hour behind Spanish time, except for the Canary Islands which is on a par with the UK.

The change between summer and winter time, introduced in Europe originally to save energy after the oil shock, has been a constant controversy for years.

Its detractors point out in particular the physiological disturbances that it entails.

Why was the practice introduced at all?

The idea of daylight saving time was introduced during WWI as a way of conserving energy and Britain has it almost continuously since it was first brought in.

However other European countries did not adopt the practice until the oil crisis of the 1970s.

But, according to a study published in October 2017 by the European Parliament, the energy savings from daylight saving time are actually very small, with the change in consumption somewhere between 0.5 percent and 2.5 percent depending on the country's latitude.

– Road safety: If Europe decides to stick to its summer hours, in theory there could be fewer traffic accidents. Previously governments have said that the sleep deprivation that people experience when the clocks go forward in spring, could increase the risk of accidents on the road.

– Health: The European Parliament members who initially supported getting rid of the clock changes looked at several reports into the negative effect they have on people's health.

According to a 2017 study, with 185,000 subjects, diagnoses of depression during the transition from summer to winter time increase by 11 percent.

Findings “suggest that the effect on the human biorhythm may be more severe than previously thought,” the Commission said on its site.

SEE ALSO: Why is Spain in the wrong timezone?