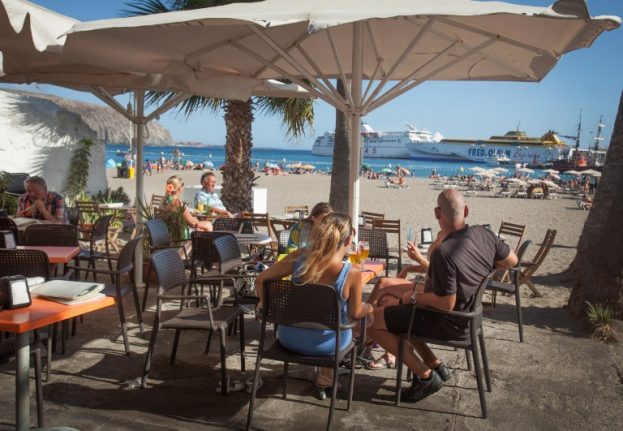 It may be the end of what’s been dubbed by Spain’s hotel industry as the diarrhoea scam.

For the past ten years, Spanish hotels catering for Brits on all-inclusive package holidays have been hit by a barrage of complaints about the quality of their food.

Thousands of food poisoning claims were launched, all of them by British tourists and always once they were back in Blighty.

It didn’t take long for Spain’s under-attack and all-important tourism industry to realize it was being sabotaged by British claims firms, havind decided to switch their attention from big payouts for whiplash injuries to compensation for food poisoning. In 2017, Mallorca’s Hotel Federation announced false gastroenteritis claims had soared by 700 percent since 2015 and cost hotels on the island €50million in 2016 alone.

All it took for claimants after all was to have a receipt for an anti-diahrroea medicine and they had a case and potentially a large payout.

Tourists on all-inclusive holidays were the ones to capitalize the most as it is easier for the claims companies to sue a hotel that was responsible for all the meals its guests ate. Fortunately, a joint operation by Spain’s Civil Guard, the country’s hotel industry and the British Foreign Office has dissuaded British holidaymakers in Spain from trying their luck in 2018.

“We have not been aware of any claim by British tourists so far this summer,” Spain’s Confederation of Hotels and Tourist Accommodation (Cehat) is quoted as saying by ABC. In September 2017, Spain’s Civil Guard dismantled a group that since 2014 is believed to have defrauded Spanish hotels out of €60 million through these false accusations.

The syndicate had “commercial agents” who hung around package holiday hotels to identify tourists willing to take part in the scam.

They would inform the holidaymakers what the modus operandi was to have enough evidence for a legal complaint, in exchange for a portion of the compensation.

The case would then be handled by law firms in the UK, which would also get their piece of the cake through the bogus claim.

The British government first warned holidaymakers that the diarrhoea scam could signal the end of package-holiday deals and that perpetrators would be blacklisted from the all-inclusive deals if caught. Former foreign Secretary Boris Johnson even waded in on the matter, saying that “If the figures were to be believed, the digestive systems of the British people had become the most delicate in the world”.

“We have all at some time been laid low by a dodgy prawn; but these numbers seemed outlandish,” Johnson remarked in June 2017.

In April 2018 the UK announced a new legal measure geared towards fixing the legal costs that can be claimed from tour operators.

The hope is that they can challenge false claims and pay figures already prescribed based on the value of the claim so that the costs of a possible defense are predictable.

“This behaviour tarnishes the reputation of Brits abroad,” Secretary of State for Justice Rory Stewart said at the time

“We are implementing measures to punish those who engage in this dishonest practice”. “Lies always come out in the end, to be able to claim only with an anti-diarrhoeal receipt was very unfair, we have the highest quality hospitality in the world,” argues José Luis Yzuel , president of the Spanish Federation of Hospitality (Fehr).

“The British Government’s decision to end the vacuum that existed on the issue of legal costs that can be charged in claims for disease has had much to do with the virtual disappearance of claims”.