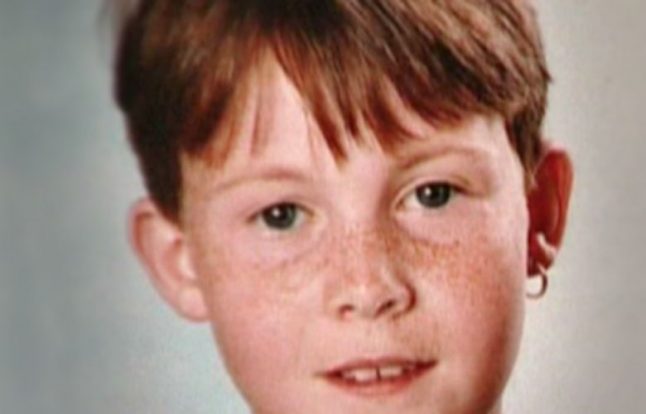 Eleven-year-old Nicky Verstappen disappeared during the night of August 9, 1998, while at a summer camp at the Brunssumerheide nature reserve, near the German border.

His body was found the next evening, close to the camp site.

He had been sexually abused before he was killed.

“Jos B, 55, a suspect in the death of Nicky Verstappen was arrested in Spain on Sunday afternoon. He was taken into custody and will be handed over to the Netherlands,” a police statement issued in Limburg, the southern district in which the boy disappeared, said.

Suspect Jos Brech, a former scout worker who is believed to be a survival expert, was reported missing in April and police had thought he was hiding in France’s mountainous eastern Vosges region, where he owns a chalet.

Brech was arrested “thanks to a witness who recognised him after seeing his picture in the media in recent days” investigators added, hailing the “good cooperation” with the Spanish police.

“We got him! Jos Brech was arrested in Spain near Barcelona!” journalist Peter R. de Vries, spokesman for the dead boy’s family, exclaimed on Twitter.

“The family is very relieved. Justice will be done!” Police at the time of the murder mounted a massive search closely followed by local media and the Dutch public, but the 11-year-old boy’s killer was never found.

As time ran out to catch the suspect, police earlier this year appealed to more than 20,000 men to donate DNA samples in a bid to close in on the perpetrator.

Police said new digital techniques helped them to develop a DNA profile in 2008, from traces found on Verstappen’s clothing, but there had been no match.

Earlier this year, some 16,000 men living in the area where Verstappen was murdered volunteered to hand over DNA samples after a call by detectives.

However Brech, who was 35 at the time of the murder, was not among the volunteers but as he was previously interviewed as a witness, police became suspicious.

When his family reported him as missing, Dutch and French police searched his cabin in the Vosges region.

“We found traces of DNA on his personal belongings. It was a match,” chief prosecutor Jan Eland said last week when Dutch police announced they had identified a suspect.

A European-wide warrant for Brech’s arrest was issued on June 12.