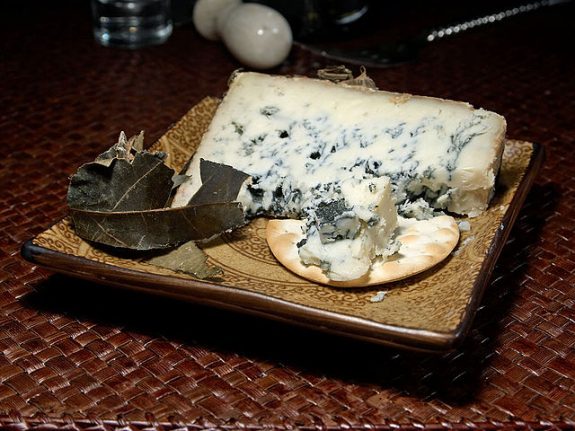 If you’ve ever been to the picture-perfect region of Asturias in northern Spain you may have sunk your teeth into a piece of this powerful 'queso’, washing it down with a glass or three of Asturian cider.

And while there’s no denying the quality of this blue cheese is exceptional (it’s matured for months in caves in Asturias’s mountains), paying €14,300 for a 2.5kg wheel of the best Cabrales in the land may seem a bit excessive.

That is nonetheless what one restaurant was prepared to cough up for the Valfriu Cabrales cheese made by Salud and Francisco Herrero, after the cheese makers were awarded top prize at the region’s annual Cabrales Awards.

Llagar de Colloto restaurant from the Asturian city of Oviedo beat off other eateries from all over the country to get its hands on the prized blue.

And it seems the cheese stakes are getting higher year by year, as in 2017 another bistro was prepared to splash out €11,000 on the competition’s winning Cabrales.

2018’s Valfriu Cabrales cheese reached 14 times its initial asking price, so bidders may quite possibly have had a sneak taste of the pungent cheese beforehand to be so adamant about getting it on their menu.

You can buy another Valfriu Cabrales by the same cheese makers at Spain's Corte Inglés for €20 a kilo.

Cabrales is a type of blue cheese made with cow's milk or a mixture of goat, cow and sheep’s milk, and with the Penicillium Roquefort fungus of its French predecessor.

Once the cheese is processed, it is kept in the caves of Asturias’s Picos de Europa mountains.

There it is exposed to humidity levels of around 90 percent even though the temperature stays between 8 and 12C.

Cabrales cheeses are matured for between two to four months and their flavour is slightly spicier than other blues such as Roquefort or Danish Blue.