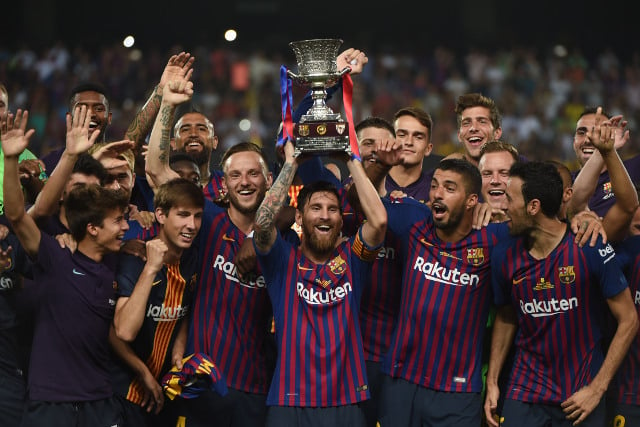 FC Barcelona and Lionel Messi will be available to watch for free in India. Photo: Fadel Senna/AFP

All 380 football matches of the new 2018-2019 La Liga season, which begins Friday, will be available to watch on the social media network in Afghanistan, Bangladesh, Bhutan, India, Maldives, Nepal, Pakistan and Sri Lanka, La Liga said in a statement.

“We are delighted to team up with Facebook and be able to bring the action closer to all followers of La Liga in the Indian subcontinent,” said La Liga President Javier Tebas.

“La liga is a reference in world football and it is a great satisfaction for us that now, the number of  people who can watch matches live in this geographic area will be greater than ever and they will be able to do so for free through Facebook.”

The deal will last for the next three seasons and will include pre- and post-match analysis programmes.

The financial details of the agreement were not disclosed in the statement but Spanish sports daily Marca reported that the deal was worth 90 million euros ($105.5 million).

In June La Liga announced it had renewed its contract for five seasons, between 2019-2024, for the international broadcast rights for the Spanish championship for around 4.48 billion euros — or about 896 million euros per season, a 30 percent increase over the previous agreement.

The Facebook deal is the latest sign of interest on the part of tech firms in sports broadcasting.

In June Amazon has secured the rights to show English Premier League football matches in a pioneering move for the online sector in the bidding war for sports events.

The global online retailer will show 20 Premier League matches a season for three years in the UK, starting from the 2019/20 season, the league said Thursday.

The US company breaks up the recent dominance of Sky and BT Sport of lucrative Premier League TV rights in a first for the online sector that is threatening to shake up the traditional sports rights market.

India has a billion-plus mobile phone users — more than any other country on earth — and close to half a billion people with internet access, most via their smartphones, that make streaming video from sites like Facebook possible.