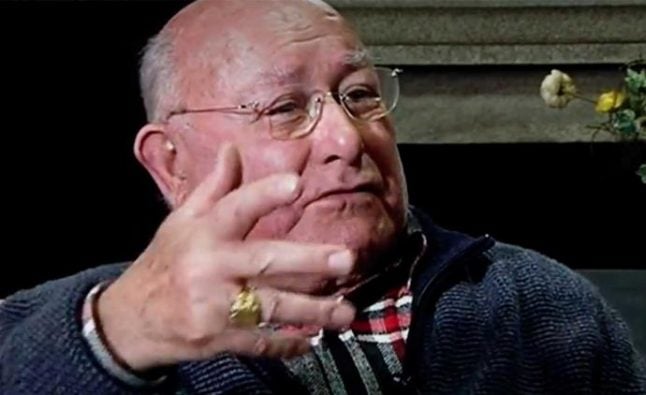 A colourful patriarch who spent many years in jail, the 85-year-old was one of at least 18 people held in the operation that took place in Galicia and other regions including Andalucia in the south, a police spokeswoman told AFP.

His son Melchor, who once went on the run for five years, was also among those held.

The operation sprung from a major cocaine haul in a boat off the Azores Islands in the Atlantic ocean, said Lois Herrera, spokesman for the central government's representative office in Galicia's Pontevedra, without giving further details.

Charlin is the latest Galician drug baron to have been detained after Sito Minanco, another gangster with a colourful past, was arrested in February on suspicion of trying to re-impose himself in the cocaine trade.

Galicia, with its rugged coastline, narrow, winding waterways and mountainous terrain, has long been at the forefront of drug trafficking as smugglers of alcohol and tobacco moved into the drugs trade, particularly
cocaine, in the 1980s.

They would bring shipments of hashish from Morocco or cocaine from Colombia into Galicia, from where it went onto the rest of Europe.

Charlin was one of those, at the head of a notorious family clan known as the “Charlines.”

In his book “Farina” about drug trafficking in Galicia, which has been made into a Spanish television series, investigative reporter Nacho Carretero describes the clan as “without a doubt the most violent organisation” in the region.

“They settled scores without batting an eyelid, and they've left corpses in their path,” he writes.

According to Carretero, Charlin was born in poverty and started a seafood company when he was very young which he financed with contraband penicillin, copper and alcohol from nearby Portugal.

He soon moved into the illegal trade of tobacco and became the first in Galicia to enter drug trafficking — hashish and then cocaine.

In so doing, he took his entire family along for the ride.

In his book, Carretero describes them as “curt, impulsive and very violent”.   He describes one episode when Charlin, two of his brothers and a former policeman violently beat up a man who owed them money, throwing him into a refrigerator truck and forcing him to call his wife to get the cash.

In a rare interview to Spanish television this year, a chuckling Charlin confirmed this. “That was true,” he said.

“He beat him up like there was no tomorrow,” he added, although it was unclear whether he was referring to one of his brothers or the ex-policeman.

Incidentally, according to Carretero, that beating landed Charlin in prison, where he made a contact that allowed him to launch into the cocaine trade.