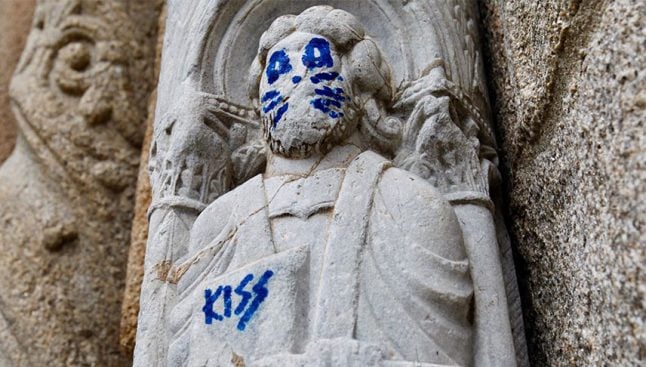 The medieval statue was vandalised to look like Kiss. Photo: Policia Nacional

The vandalism was discovered on Monday morning when pilgrims arriving at the holy site observed cat whiskers inked in blue on the worn away face of a Romanesque statue on the façade of the cathedral.

Written below was the trademark Kiss symbol in case anyone was left with any doubt that the cat mask was designed to mimic the infamous stage make-up of band’s drummer, Eric Singer.

Police tweeted an image of the graffiti and appealed for help to track down the culprit, who faces a fine of  up to €150,000 for damaging national heritage.

“Santiago Cathedral is a World Heritage site. It belongs to us all,” read the tweet.

“As well as demonstrating a total lack of respect and civism, this vandalism is also a crime. Help us to find the person or people responsible.”

The cathedral is a UNESCO world heritage site and attracts millions of visitors each year, thousands of whom walk the Camino de Santiago pilgrimage route across Spain to reach it.

Authorities at the pilgrimage site, on Tuesday,  began the delicate process to remove the offending ink and restore the icon using cutting-edge laser technology. 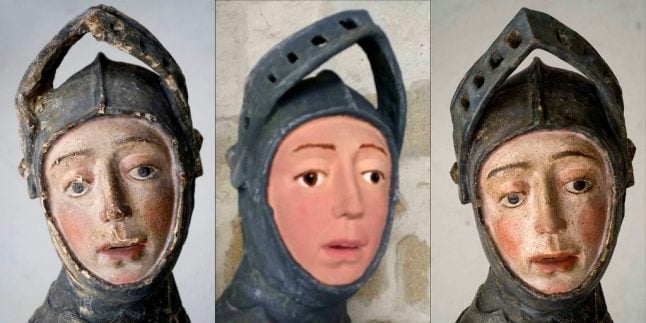 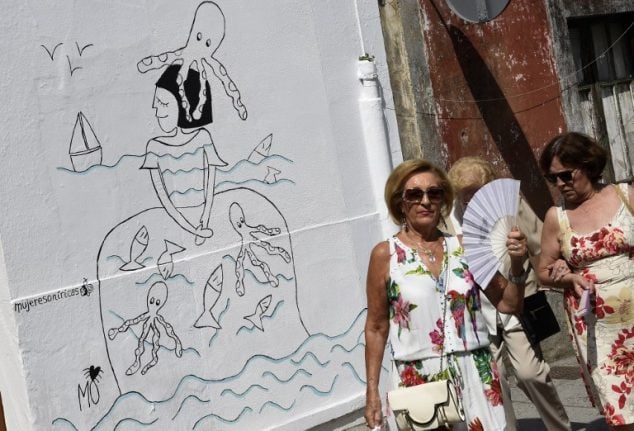