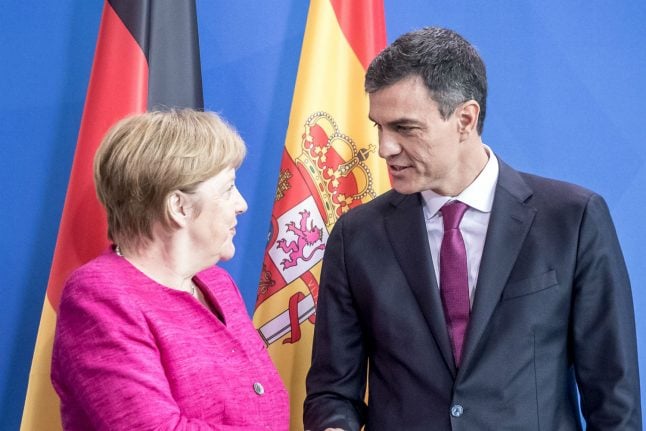 The government has long been divided over what Germany should do with migrants who have registered asylum claims in a different EU country, but are picked up at German border controls.

A bilateral agreement has now been reached with the Spanish government, under which Germany will be able to return asylum claimants registered in Spain “within 48 hours” of them being picked up in Germany. The accord will come into force this Saturday.

“We welcome Spain’s willingness to co-operate on this,” interior ministry spokeswoman Eleonore Petermann said. Madrid had not demanded any conditions in return, she added.

The deal is part of a series of bilateral agreements that Germany is seeking with EU partners, after a broader accord for the bloc proved elusive.

The government are still in discussions over similar agreements with Greece and Italy. The government was already in agreement with Austria about returning migrants, and required no official accord with Vienna, said Petermann.

Interior Minister Horst Seehofer had indicated that he wanted to achieve clarity on the issue by the end of July or the beginning of August.

Bilateral negotiations with other EU nations are part of the compromise reached in a bitter dispute over asylum policy which threatened to topple the German government this summer. At the height of the quarrel in June, Seehofer briefly stepped down, before almost immediately retracting his resignation.