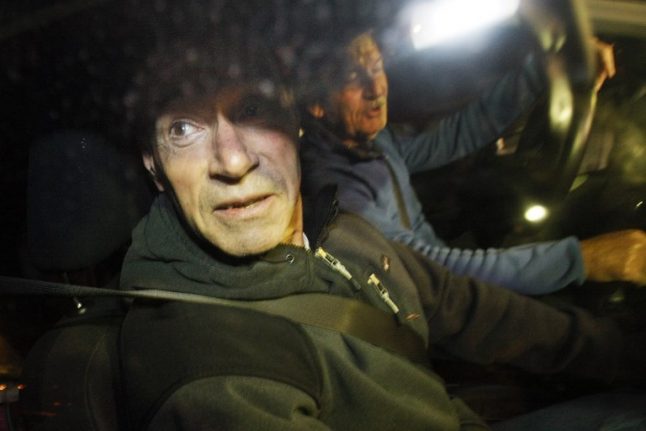 He left the Topas prison in the western city of Salamanca “in the early hours of the morning”, a spokesman told AFP.

Santi Potros is believed to have been the head of ETA's military organisation.

Among other convictions, he was found guilty of involvement in ETA's attack at a supermarket in Barcelona on June 19, 1987, in which 21 people died, making it the organisation’s bloodiest attack ever.

He was arrested the same year in France and extradited to Spain in 2000.

In prison, Santi Potros distanced himself from orthodox ETA policy and expressed disagreement with a car bomb attack at Madrid's Barajas airport in December 2006 in which two people died.

His release was met with bitter criticism from attack victims' organisations.

“His victims are still in their graves, and their families must go on with their lives broken by seeing so much injustice,” tweeted Miguel Folguera, president of the Support for Terrorism Victims group.

ETA announced its dissolution in May after decades of armed struggle for an independent Basque country.

The movement claimed a total of 853 lives in bomb attacks and killings, according to the Spanish government.