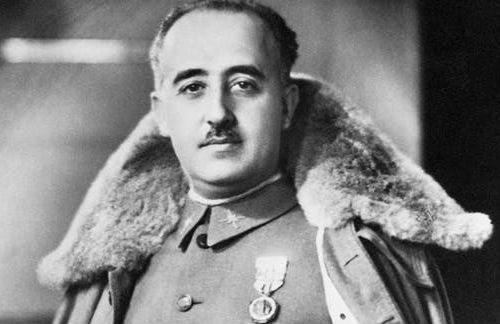 The story of Spain during the 20th century is a complex one. The last remnants of the once-great Spanish empire were slipping away.

The Second Spanish Republic was declared in April 1931 and King Alfonso XIII was forced into exile. In 1936 the country fell into a bloody civil war which lasted until the beginning of World War II.

READ MORE: The 14 best books about the Spanish Civil War

Francisco Franco held the nation under his dictatorship for almost four decades, shaping the country’s future for generations. And even in death, he continues to divide the nation, as the debate over his final resting place flares up once again.

Generally speaking, the majority on the right think that Franco’s significant role in modern Spanish society should allow his remains to stay within the national memorial site. Most on the left, however, see this as a barrier to reconciliation and want the body moved to a less ostentatious location.

Thousands died and many were exiled during the civil war and the early years of the dictatorial regime. The death of Franco in 1975, however, offered hope. Spain began its transition to democracy, seeing its first real elections in a generation.

Until relatively recently, political power in Spain has generally swung between two main parties. They often disagree over how the country remembers the past; one side wants to commemorate a significant period in the country’s history while the other wants a more balanced recognition of violent atrocities. At a local level, something as everyday as the names of public buildings or streets can fluctuate depending on the parties in or out of power. In Madrid, the name of the Plaza del Caudillo (The Leader’s Square, in reference to Franco) was changed to refer only to the geographical area – the Plaza de El Pardo.

Now, little over a month after seizing the country’s presidency from his rival, the Spanish socialist prime minister Pedro Sánchez is suggesting that the body of the former dictator be exhumed from the Valley of the Fallen. This is the national site dedicated to those who died in Spain’s recent periods of unrest.

Sánchez’s party was behind a 2007 historical memory law that was designed to reconcile various factions by recognising past conflicts and encouraging dialogue. It provided an acknowledgement of wrongdoing to those disadvantaged by the conflict, on both sides of the divide. Historically controversial images, such as the Francoist flag bearing an eagle, statues of Franco, and other memorials to nationalists were also removed.

The socialists now believe the removal of the dictator’s body from a site intended to be a place of national reflection – but which is sometimes seen as a shrine for right-wing pilgrims – would be a major step towards reconciliation.

The new PM is supported in his proposal by other left-wing and regional nationalist politicians. But the Popular Party of ousted premier Mariano Rajoy is firmly against any immediate exhumation attempts, despite unopposed parliamentary consensus in 2016 (when they abstained from the vote).

The valley – Spain’s largest mass grave – is a controversial site. It was described by Franco himself as a memorial to end all wars, yet the question of what its future should be has caused decades of dispute. There are two right-wing Spanish leaders buried in the crypt there (José Antonio Primo de Rivera and Franco) and it is said that most of the other bodies in that section are from the nationalist side. A number of republican prisoners were involved in the building of the monument.

However, the wider mass burial ground includes the remains of victims from all sides. There are around 34,000 identified in total, although with a lack of clear records, the figure is estimated to be as high as 50,000 if you include unidentified victims. Bodies from other exhumed graves have also been relocated to the valley, accounting for a small proportion of the identified bodies there. 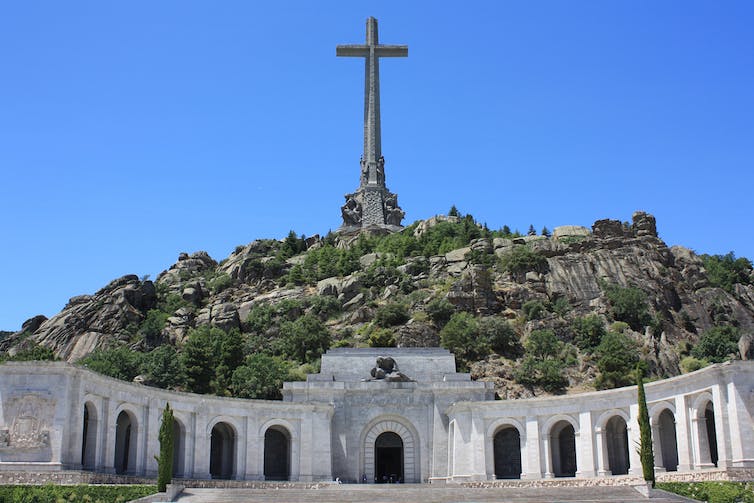 The Valley of the Fallen is a disputed site of enormous significance for both sides. Beth Tribe, CC BY-NC-SA

The Popular Party argues that the nation needs to look to the future. It says focusing on issues like the economy and national unity would be a better use of time than talking about the past. Socialists have retorted that acting on the Franco question is precisely what is needed in order to look to the future. The position of the church will also be paramount, given that the tomb lies within the basilica on site. In a potential sign of things to come, a confraternity in Seville recently ended a three-year dispute by deciding to relocate the remains of the Francoist general, Gonzalo Quiepo de Llano, albeit to a more discreet location within the temple.

Time is of the essence politically. Before taking power, Sánchez was promising to hold elections within months. Any progress on memory issues such as what to do with Franco will depend almost entirely on the outcome of that election and legal findings. With the threat of legal challenges from the courts and those vehemently opposed to the exhumation, the government may be forced to change the law to prevent legal opposition from all but the highest courts in the country.

And in practical terms, the site is currently in a state of significant disrepair. It has been completely closed several times. Experts have suggested the exhumation could be done at minimal cost and completed in only one morning. However, it could cost tens of millions of euros to repair the Valley.

Exhumation or repair may come at significant political cost – or benefit – to any party taking action. But inaction comes with a bigger cost for Spanish society. If no change in mindset can be achieved, the country can’t hope to move on from the divisions of the past.

This article was originally published at The Conversation. Read the original.