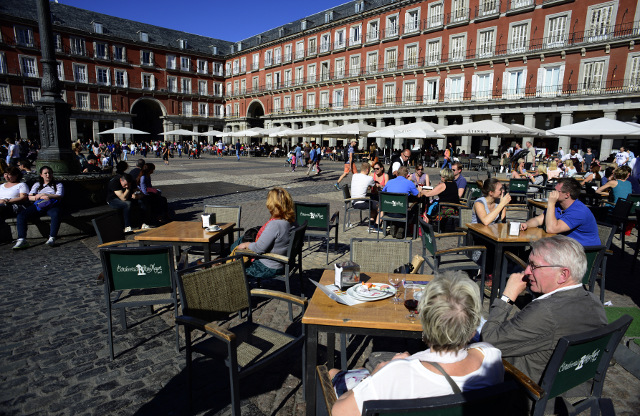 The world's second tourism destination after France, which has enjoyed strong growth, nevertheless remains the second worst-hit nation in the European Union where unemployment is concerned, after Greece.

At the end of May, the average jobless rate in the EU was seven percent, according to the latest Eurostat statistics.

In Spain, the situation improved in the services sector in the second quarter, which coincides with the start of the tourism peak season, a big source of temporary contracts.

The regions that saw most jobs created are those that attract most tourists – the Balearic islands, Andalusia in the south and Catalonia in the northeast, with its rugged Costa Brava coastline.

The number of unemployed under-25s also dropped, though it remains high at 34.7 percent compared to 36.3 percent in the first quarter.