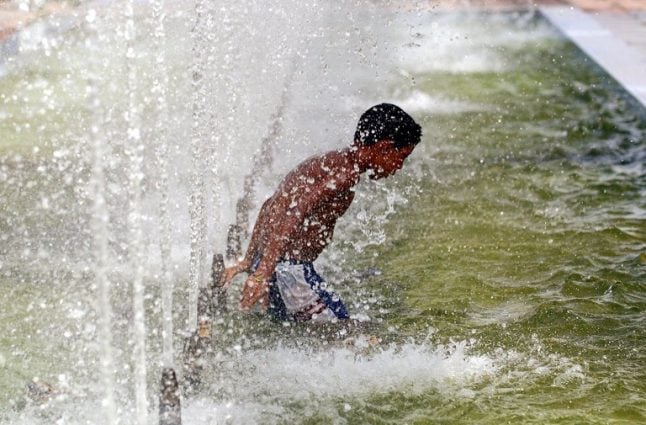 File photo of a boy cooling down in a fountain. Photo: AFP

Temperatures are expected to soar from Wednesday with the mercury tipping over 36 C across much of the Peninsula and peaking at 40C in the south.

And unfortunately conditions are going to result in some steamy, sticky nights ahead as the temperatures are not expected to drop below 20C after sun down.

The heatwave will begin in the southwest of the peninsula with hot winds blowing in from Africa and spread north and east as the week progresses, although meteorologists predict temperatures could start to cool again after Sunday.

Only the northern coast of Spain from Galicia to Cantabria, and the Canary Islands will escape the searing temperatures.