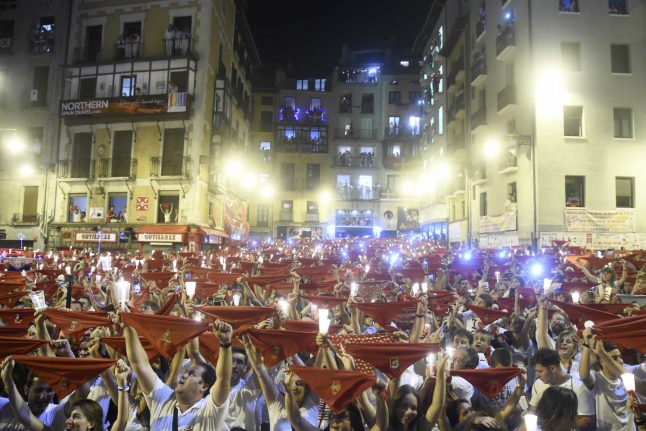 The festival in the northern Navarra region sees thousands of revellers descend on Pamplona to watch or take part in runs where bulls charge participants through narrow cobbled streets.

The festival claims scores of casualties every year. In 2017, there were more than 17,000 participants and 64 were wounded. Twelve of the injured had been gored.

One of them had already left hospital on Saturday while the other, a Spaniard, remained after being gored in the arm, it added.

The Red Cross said it had attended to more than 630 people during the festival, 467 of them in the runs.

Participants are dressed in white with a red scarf, and career down the streets followed by bulls which at times crash into or trample over them.

One man was caught on camera running while looking at his smartphone, possibly after taking a picture, with a bull close on his tail.

The bull is seen catching up with him, lowering his head and hurling the man through the airs.

The run-up to this year's event had been overshadowed by reminders of a sordid sexual abuse case that saw five men calling themselves “The Pack” filming themselves having sex with an 18-year-old woman during the 2016 festival.

She denounced them for gang rape while they claimed she had consented.

A court in April found them guilty of sexual abuse and not the more severe offence of sexual assault, which includes rape, after finding no evidence of violence or intimidation.

To try to stamp out such problems this year a phone number was available 24/7 for people to report sexual violence and police had CCTV footage to help identify potential perpetrators.

Some lament that the assaults have tarnished the reputation of the whole city, taking the gloss off an event supposed to be a heap of fun washed down with large quantities of sangria.

READ ALSO: OPINION Fighting the 'Wolf Pack': What next for Spanish women?