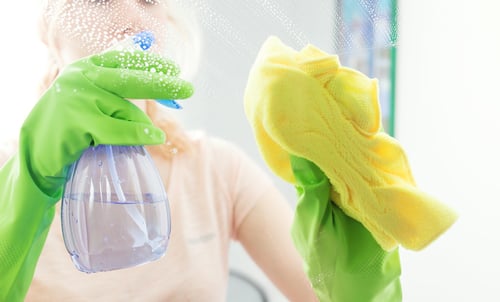 A thirty-year-old woman from Madrid was pronounced dead by emergency services in the capital on Monday after she inhaled lethal amounts of ammonia.

According to emergency services, the woman had been using the strong-smelling industrial cleaner without any sort of protection while cleaning her home.

She is believed to have been inadvertently inhaling the toxic substance for around two hours while cleaning her home, Spanish news agency reported.

Upon experiencing dizziness, the woman called Spain’s 112 emergency services, who rushed to the Madrid municipality of San Blas where her home is.

By the time the ambulance arrived at the scene, the woman had gone into cardiac arrest. Paramedics performed CPR for 30 minutes but were unable to bring the woman back to life.

Ammonia is a chemical compound that’s widely used in the manufacture of household and industrial cleaners.

According to the UK’s Health Protection Agency’s (HPA) Compendium of Chemical Hazards “minor exposures may result in a burning sensation of the eyes and throat and more substantial exposure may cause coughing or breathing difficulties.”

If splashed on the skin, liquid ammonia causes burns, and should be immediately washed off with soap and lots of lukewarm water.

Lethal ammonia intoxication occurs with high levels of exposure, as blood ammonium is no longer able to detoxify it when too much glutamate and glutamine are produced.

When using ammonia wear rubber gloves and work in a well-ventilated space.

Don’t use it around children or pets as they may be more sensitive simply due to their smaller size.