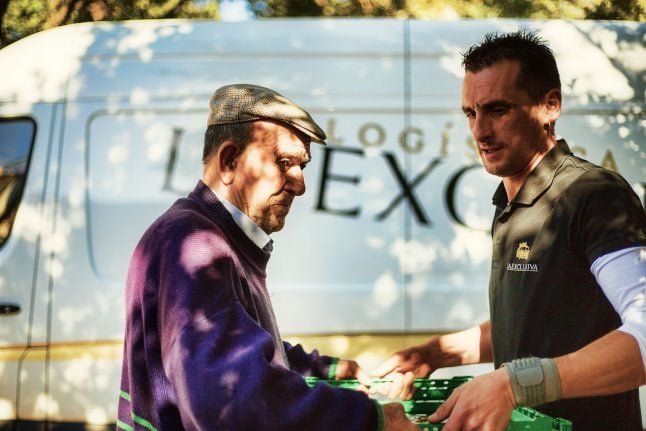 Last year, the Centre for Demographic Studies of Barcelona’s Autonomous University (UAB) published a study that laid bare the severity of Spain’s rural depopulation by actually putting a figure on the number of municipalities at risk of disappearing.

Of the 5,000 villages and settlements studied, 4,200 of them were at risk of dying out and 1,840 of those were classified as undergoing irreversible depopulation.

The area demographic experts are calling the Lapland of the South – given the similarities in population density with Finland’s most northernmost region – encompasses large parts of Aragón, La Rioja, Castilla y León, Castilla La Mancha and Comunidad Valenciana. Map showing the areas of Spain most affected by rural depopulation coloured in. Source: UAB

These are overall poorly connected areas with very few services and their few residents tend to be over 60.

“Emigration has lost steam and a very low birth rate and higher mortality due to ageing have become more important factors,” Joaquín Recaño, professor at the Department of Geography at UAB, said referring to his department’s findings.

“We have to choose between radical transformation and the risk of extinction.”

Residents of some of these villages have taken such warnings to heart and embarked on projects that look to breathe life into dwindling municipalities.

In the Aragon village of Oliete, which according to the 2016 census has just over 350 residents, depopulation led to more than 100,000 olive trees between the ages of 100 and 500 to being abandoned.

This inspired the campaign “Adopt an Olive Tree” which sees participants become a struggling olivo’s godparent for a small monthly contribution.

The project’s success has resulted in eight people being recruited to care for the trees, and there are now 11 new children growing up in Oliete, which in turn has prevented the village school from closing down.

“We would love to extend this model to other rural areas with depopulation, Alberto Alfonso, one of the co-founders of the initiative, told Spanish daily 20 minutos.

“We need firm proposals from the political parties, towns like Oliete in the so-called Lapland of the South are in intensive care so to say.

“If we do not take measures we won’t be able to save them.”

So far Adopt an Olive Tree has 2,500 sponsors which have helped to save 7,000 olive trees.

Small villages in the area surrounding the north central city of Soria have had their supply problems resolved by Victoria Tortosa and Hugo Núñez.

They travel long distances with their vans to distribute food and manage dry cleaning, plumbing, shoe repair or maintenance, among many others amenities, to small settlements with poor transport links and services.

Dubbed La Exclusiva (The Exclusive), it’s a social logistics company that doesn’t have profit at the centre of its business model.

“We decided that the service will be paid by the supplier and not by the customer, so at the end of the month we charge all suppliers a percentage of the total sales volume,” explains Tortosa.

“Villagers place their orders with us, the suppliers prepare them and then we collect them and deliver them to our customers at home.

Due to its success, La Exclusiva now provides its services to villages around the city of Burgos, helping many many older people get by in their home, but also many young people, shops and rural hotels.

“We are four people working for the company but we reach some 570 villages and 10,000 families,”

Its main goal is to locate job opportunities in Spain’s rural areas and offer them to struggling families from Spain or abroad.

Once they’ve selected the right family, Cepaim organizes a prior visit to the village in question, so that all parties involved know each other and agree to make the move.

They also follow up on families to make sure that they’re settling into their new rural environment. 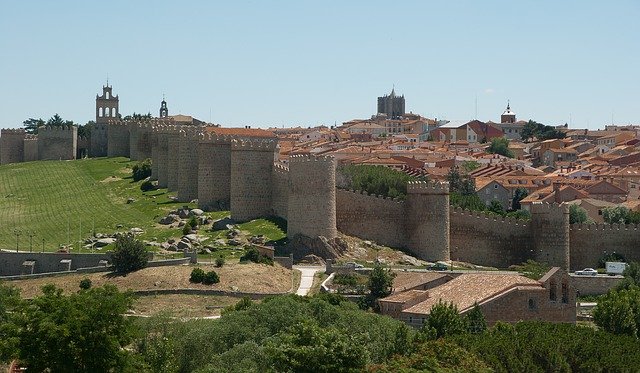 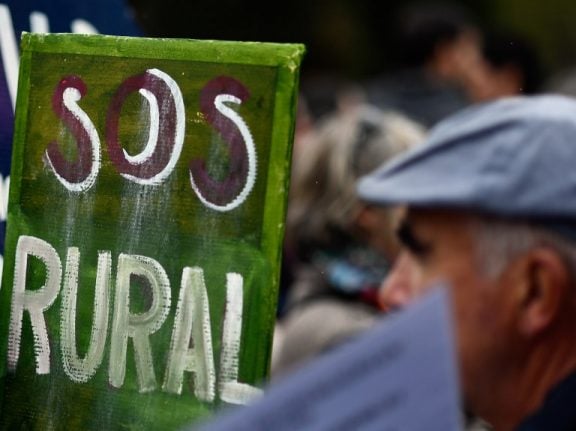 RURAL
Crowds take to the streets over ’emptying’ of rural Spain

Thousands took to the streets in Madrid on Sunday, Photos: AFP

Of the 350 parliamentary seats at stake, 101 represent sparsely populated provinces.

The main parties in the April 28th vote, aware of rural voters' anger, were all represented at the march dubbed the “Revolt of an Emptied Spain”.

The Socialist party has pledged to support professional training and internet access in rural areas.

The centre-right Ciudadanos party has proposed sharp tax cuts for the residents of towns with fewer than 5,000 residents. Its leader Albert Rivera also took part in Sunday's march.

Police counted around 50,000 along the main march route, while organisers estimated turnout at nearly twice that. “This Spain, the emptied Spain, wants its voice heard,” the organisers' manifesto said.

The Economic and Social Council of Spain, a body that advises the government on economic and labour issues, said in a report in early 2018 that the country counts around 3,900 villages with fewer than 500 residents.

Of those, nearly one-third have fewer than 100 inhabitants and face “maximum risk of extinction”, it said.

Two of the provinces most hit by urban drift are Teruel in the east and Soria, north of Madrid.

“There are elderly people who have to ask a neighbour to go to the (nearest town) to withdraw money for them,” Soriano said.

Angel Fernandez, a Soria farmer, said: “The province is dying. Despite its great potential, they're leaving us without trains, without highways.”