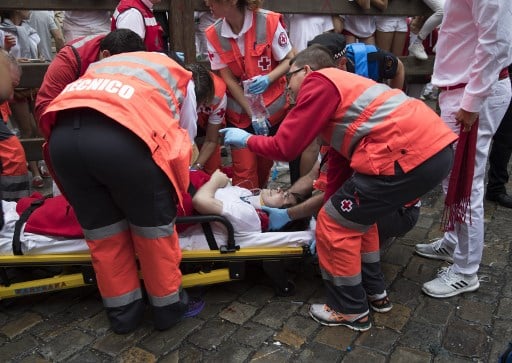 One person was gored and four others injured on Saturday at the first running of the bulls in this year's San Fermin festival at Pamplona, one of Spain's best-loved traditions.

The week-long event kicked off on Friday with the midday firing of the traditional chupinazo firework rocket on the city hall balcony as revellers descended on Pamplona in the northern Navarra region for an event dating back more than 700 years.

But the first run – where bulls charge runners through narrow cobbled streets – only began on Saturday morning and already five were wounded, Red Cross officials said, adding that one of them was gored.

The streets were slippery due to overnight showers and some bulls became separated from the herd and took other paths. The bulls completed the 848-metre run from the corral to the bull-ring in just under three minutes.

Inigo Plaza, a tall 29-year-old automobile worker who took part in the run, said: “The important thing is to finish in one piece and to be here again tomorrow.”

“To have an animal weighing 600 kilos behind you and with all these people in the streets it's an undescribable feeling of adrenaline and excitement,” he gushed. A reveller is tossed by a heifer bull at Pamplona main bull ring. Photo: AFP

“Taking a lot of risks for nothing”

The festival claims scores of casualties every year. In 2017, there were more than 17,000 participants and 64 were wounded. Seven of the injured had been gored.

The run-up to this year's event has been overshadowed by reminders of the gang rape of a woman during the 2016 edition. Sexual assaults also marred previous contests.

In the central Plaza del Castillo square, town hall publicity material bore the slogan “Pamplona, a city free of sexist assaults” and city officials have launched a mobile phone app for women to use if they believe they are in danger.

Municipal employees and members of feminist associations handed out red badges shaped like hands to participants, to raise awareness of sexual violence.

This year's campaign comes in response above all to the incident that sparked national outrage two years ago when five men calling themselves “The Pack” filmed themselves having sex with an 18-year-old woman.

Thousands of Spaniards protested in April after a court sentenced them for “sexual abuse” rather than the more serious offence of “sexual assault”, a category that includes rape.

A decision to free the assailants on bail pending an appeal just prior to the start of the festival, meaning they could in theory return this year, was widely condemned.

At the 2013 San Fermin festival photos emerged of women festival-goers being groped by men.

To try to stamp out such problems this year a phone number is available 24/7 for people to report sexual violence and police will have CCTV footage to help identify the perpetrators.

Some lament that the assaults have tarnished the reputation of the whole city, taking the gloss off an event supposed to be a heap of fun washed down with large quantities of sangria.

“Elsewhere, they see us as a lawless city,” said Leire Delgado.

“There are rapes in Tenerife, in Seville … it's just that elsewhere people say nothing. In Pamplona nothing goes hidden,” she said.

Feminist collectives have tried to avoid overly focusing on the 2016 case.

“Zooming in on a sole case renders invisible other assaults,” they suggested in a pre-festival statement. 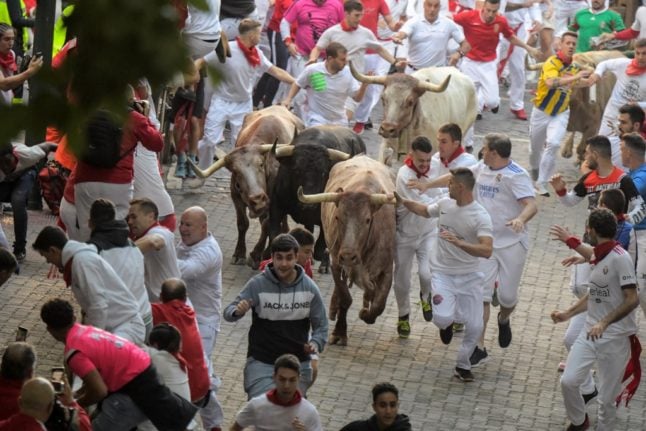 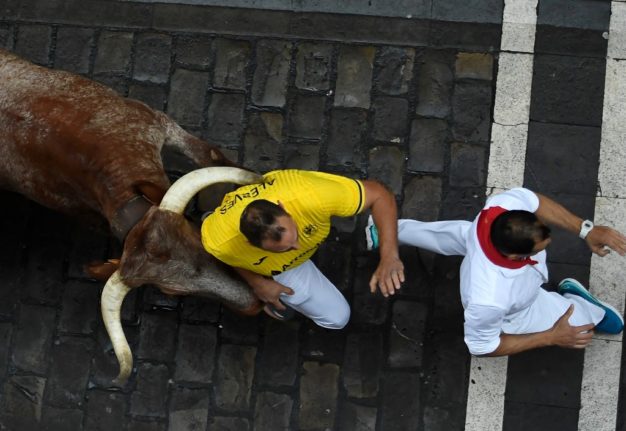