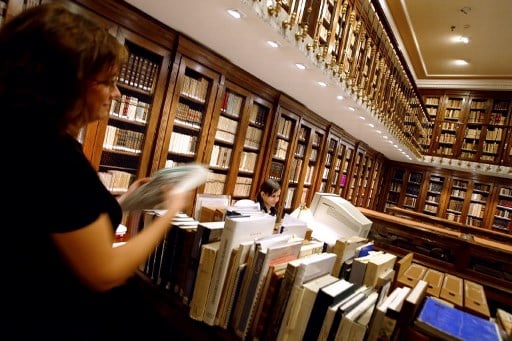 If you’re an avid Spanish speaker who would rather read Spanish definitions in the language of Cervantes on paper, this is a deal, or rather ‘steal’, that could interest you.

According to RAE academic Pedro Alvarez de Miranda, the country’s official language society is having to “give away” paper copies of its 2014 edition, after a gross miscalculation in terms of demand.

The hardbacks, which cost €99 when first published, are filling up the bookshelves of publishing house Espasa Calpe, Alvarez de Miranda is quoted as saying by national radio station Cadena Ser.

“It was thought that the dictionaries would sell, but people preferred not to spend €99 on paper and just waited for the digital version,” he told a crowd during his speech at a summer course at Spain’s Cervantes Institute.

“Now we don’t know what to do with them and we’re giving them away to schools”.

Alvarez de Miranda also questioned whether this spelled the end for paper dictionaries and if their publication should be replaced with another format, adding that the publishing house “wanted to even destroy” the remaining copies.

“It was a source of income and that is where many of our economic problems come from.

“If sense prevailed, the print circulation would be minimal, just for collectors and nostalgics.”

Online definition searches on the latest edition of Spain’s official Dictionary of the Spanish Language (DLE) numbered around 750 million in 2017, with an average of 65 million monthly consultations.

However, if you’d rather get your hands on a proper hard copy of Spain’s most official dictionary, it may be worth getting in touch with RAE to ask for a free copy.