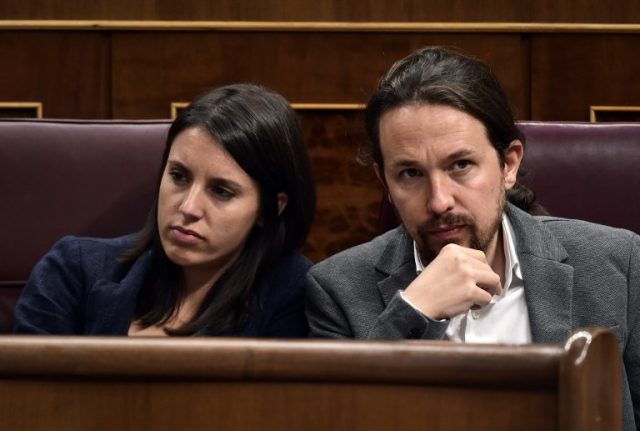 The twin boys, who have been named Leo and Manuel, were born at just 26 weeks into the pregnancy and are now being cared for in the neonatal intensive care unit of a Madrid hospital.

The twins were not due until October but were delivered on Tuesday morning after Montero went into labour unexpectedly.

According to a recent Spanish study, babies born at 26 weeks have a 71.9 percent chance of survival, although in the case of twins it becomes more complicated.

The chances of survival are much better than if they had been born even a week earlier.

Iglesias sent a message of gratitude to the staff at the hospital where his partner and new born sons are being looked after.

“We want to thank the public health professionals who are looking after Irene and the two little ones who have been born long before expected. We hope they will pull through,” Iglesias wrote on his Facebook page.

“They're in the best hands. We are proud of the quality and dignity of professionals responsible for the most important public service; care.”

READ MORE: Here's what you need to know about Podemos and that luxury villa