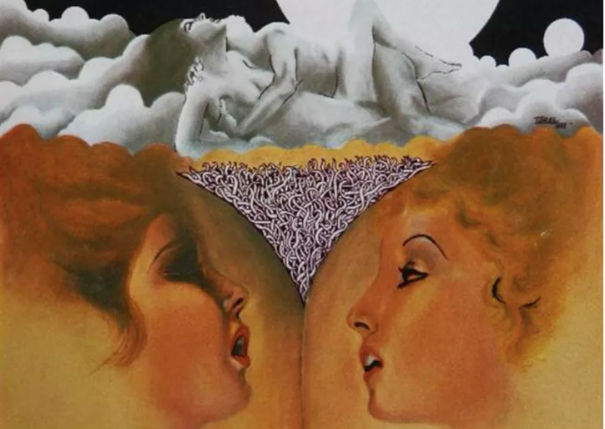 From poster of The Marvellous World of Sex.

Madrid, June 1978. A sweltering heatwave is matched by the tensions bubbling through newspaper headlines. Nearly three years since the death of dictator Francisco Franco, politicians are intensely debating the new constitution at the Palacio de las Cortes. Will the Left accept the monarchy or demand a republic? Will the Right accept abolishing the death penalty and omitting any reference to the Catholic church? Will regions such as the Basque Country and Catalonia receive the sovereignty they demand?

In Franco’s day, some Spaniards believed the world outside was freer than it was. When audiences saw Rita Hayworth’s famous scene in Gilda (1946), where she provocatively removes a long white glove onstage, many in Spain assumed she did a full striptease in the uncut version.

Occasionally censorship even made things more lurid. In Mogambo (1953), Spanish censors changed the script to conceal the adulterous relationship between Grace Kelly and Clark Gable’s characters, turning Kelly’s husband into her brother. When she later shares a bed with him, they appear to be committing a much greater sin.

Neither was the destape limited to cinema. The magazine Interviú, formed in 1976, was creating waves with revealing covers of famous actresses, including a nude photo of Franco-era child star Marisol – sadly without her permission.

In February 1978 another iconic photograph appeared. It shows future Madrid mayor Enrique Tierno Galván giving actress/stripper Susana Estrada – star of El mundo maravilloso del sexo – a prize for being the most popular actress of the year. Her jacket has moved, revealing a breast, while she smiles unconcerned. The picture became an emblem of Spain’s transition to democracy, showing it was much more than a political process. 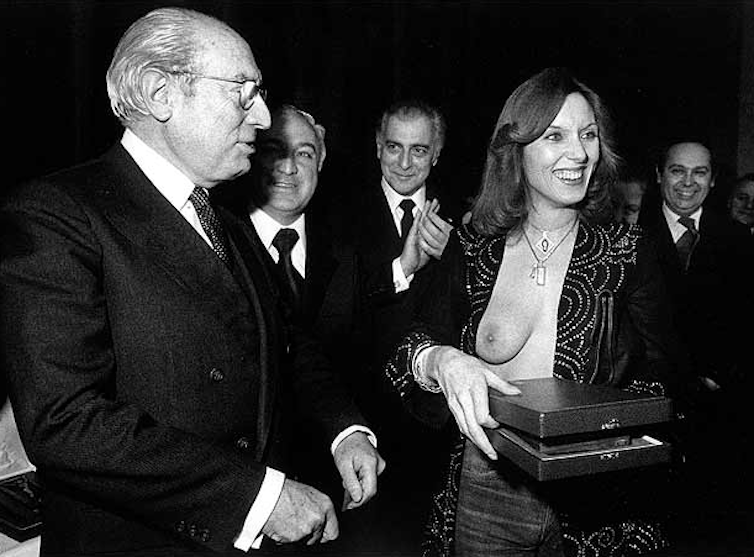 The S rating endured until 1983, when it was replaced by the more permissive but more marginalised X rating. Where the 1970s releases often included good scripts and serious social commentary, the destape was becoming more purely gratuitous by the early 1980s.

Since then the genre has often been considered an embarrassing footnote in Spanish cinema. But that risks missing something important. As one writer has put it, Stela, like other young S-rated protagonists, “embodies the myriad ironies of the transition to democracy, for she does not merely awaken the village sexually, but reveals what was always simmering under the surface of franquista repression”.

A good example is El sacerdote (The Priest), another S-rated success during that sultry summer of ‘78. It shows a priest torn between conservative ideology and sexual desires, awakened by a billboard of a woman in a bikini and the steamy confessions of an unhappy housewife. His inner turmoil reaches such a frenzy that he eventually castrates himself.

Director Eloy de la Iglesia’s films are often criticised for being heavily didactic. Yet some argue that movies such as El sacerdote helped broaden the moral horizons of the audience. In October 1978, de la Iglesia premiered El diputado (Confessions of a Congressman), one of many films that featured gay characters and arguably contributed to Spain’s widespread acceptance of homosexuality.

More recently, the popular films Torremolinos 73 (2004), Los años desnudos (The Naked Years, 2008) and Kiki, el amor se hace (Quickie, Love is So, 2016) all pay homage to the genre. In this #MeToo era, many might prefer it was buried instead. Yet in contrast with the female sexual objects of the original destape, it has been argued that the women in Kiki, for example, are “utterly in control of their sexuality, well informed about various practices, open-minded and confident in their pursuit of their preferences and desires”.

The Spanish people approved today’s constitution in the referendum of December 1978, founding a political order that now appears in disarray. The Catalan conflict is rooted in that constitution’s negation of the right of Spanish regions to self-determination. The former president, Mariano Rajoy, was recently forced out of office over party corruption.

Many now question the entire political culture that was forged in the transition years after dictatorship. If we consider the conscientious undressing of old morals and sexual hang-ups another of the founding acts of democratic Spain, this parallel process is arguably in much better health. To give just one example, Spain was one of the first countries to legalise same-sex marriage, preceded only by Holland and Belgium. While the difficulties with the destape are obvious, we should concede it has played an important role in creating the culture we see today.

By Jesse Barker, Lecturer in Hispanic Studies, University of Aberdeen

This article is originally published in the The Conversation. Read the original.