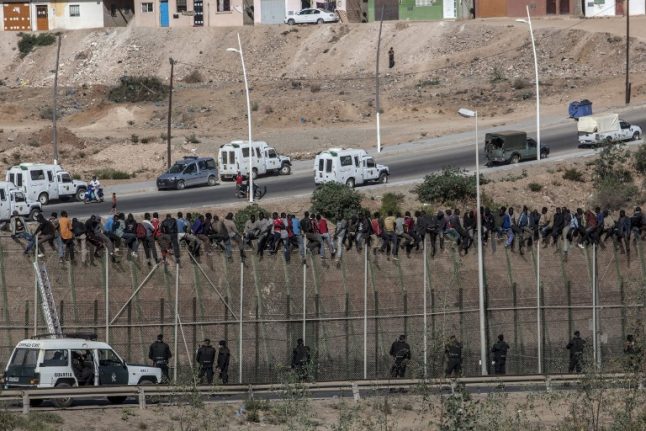 Photo: Migrants atop the fence at Spain's border with Morocco in Melilla.File photo: AFP

“Morocco rejects and has always rejected these kinds of methods for managing the issue of migration flows,” Nasser Bourita said in Rabat after meeting his Spanish counterpart Josep Borrell.

Bourita criticised such measures as “easy solutions” and “counterproductive”.

Along with Tunisia and Albania, Morocco has been one of the countries mentioned as possible locations to host migrants at reception centres outside Europe, an issue to be discussed at an EU summit in Brussels on Thursday.

Spain is the third biggest destination for migrants in the European Union after Italy and Greece.

While the number of migrants trying to cross the Mediterranean has halved this year compared to 2017, the total reaching Spain has tripled, according to the International Organization for Migration.

Some 12,155 people have arrived in Spain so far this year, the IOM's most recent figures show, and a further 292 died in the attempt.

All in all, close to 1,000 migrants have lost their lives in the Mediterranean this year, they add.