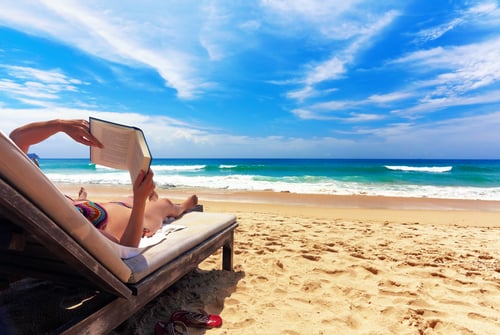 Your suggestions included everything from war memoirs to expat stories to sci-fi thrillers – here are some of the best picks.

Ghosts of Spain: Travels Through a Country’s Hidden Past  – Giles Tremlett

As Madrid correspondent for The Guardian newspaper, Giles Tremlett travels around Spain finding echoes of the Civil War and Franco regime that have long been buried under a code of collective silence. Tremlett’s journey takes him from the recently unearthed mass graves of murdered Republicans in rural Castile to neo-Francoist rallies in Madrid as he explores the “pact of forgetting” that has compelled Spaniards to disregard their country’s violent past. Seamlessly alternating between travelogue and historical narrative, Tremlett’s fascinating work is a must-read for those who want to better understand Spain’s recent history.

Contemporary Spain is masterfully illustrated in John Hooper’s comprehensive account of the radical political and cultural changes that have followed the country’s transition to democracy in 1977, covering a vast range of subjects, from crime and education to arts and the media. Hooper’s definitive tome serves as an ideal companion to Ghosts of Spain.

The late Pulitzer Prize-winning author James Michener presents a detailed history of Spain from 1968 that takes in everything from the Moorish occupation to Franco, as well as Michener’s own very personal take on his adopted homeland.

Spain’s national identity is inextricably bound up with its love of football, and this provides the basis for Jimmy Burns’ essential chronicle of the nation’s relationship with the sport. Burns expertly traces the history of the game’s presence in Spain, starting with its introduction to the Basques by British visitors, through to its eventual ubiquity and growing association with politics during the Franco regime, and finally the transformation of the national style of play introduced by Dutch maestro Johan Cruyff.

Orwell’s 1938 classic offers a first-hand account of the author’s time with the POUM (Workers’ Party of Marxist Unification) during the Civil War. Praised for its honesty with regard to the ideological differences in the ranks of the leftists, Homage to Catalonia is a compelling, street-level record of the spirit of a revolutionary Barcelona in wartime.

Often said to be one of the best novels ever written about war, Hemingway’s famous text draws on his time as a journalist in Spain reporting on the Civil War for the North American Newspaper Alliance. The novel centres on a young American member of the International Brigades, and explores the personal impacts of the war as well as broader ideological themes.

As I Walked Out One Midsummer Morning – Laurie Lee

Laurie Lee’s memoir and sequel to Cider With Rosie recounts his epic journey through Spain on foot, eking out a living by playing violin outside cafes and sleeping rough as the Spanish Civil War breaks out.

Dueñas’ bestselling novel is a tale of intrigue and romance set during the outbreak of the Civil War. Dressmaker Sira Quiroga flees to Morocco with her lover before being abandoned and having to make a living sewing for wealthy expats, among them the wives and mistresses of Nazi officers. Gaining a bank of sensitive information from their gossip, Sira risks her life to become an informant for the British secret service.

Spanish Nobel laureate Camilo José Cela’s 1942 novel provoked moral outrage in Spain upon its publication due to its graphic depictions of brutality, resulting in it being banned for several years. Set between the late nineteenth and early twentieth centuries, the novel’s eponymous protagonist leads a life of poverty and frustration in rural Extremadura, where he begins to find catharsis in extreme violence. The novel’s presentation of an alienated individual on the fringes of society has been seen by some as a uniquely Spanish answer to Existentialism, often called ‘tremendismo’.

The Shadow of the Wind – Carlos Ruiz Zafón

Set in Barcelona during the 1920s and 30s, Carlos Ruiz Zafón’s worldwide bestseller is a coming of age tale about a young boy who unravels a long hidden mystery through a chance discovery in the ‘Cemetery of Forgotten Books’, which combines “the passion of García Márquez, the irony of Dickens, and the necromancy of Poe.”

Out in July, Guillermo Stitch’s first novel has already been called “a masterpiece” by the San Francisco Book Review. Penned in the author’s home of Tarifa, Andalusia, Literature® is a sci-fi noir that “wraps the razor wit of Raymond Chandler around the extraordinary vision of Philip K. Dick” and whose plot concerns a terrorist living in a world where fiction is banned.

Happy as a Partridge: Life and Love in Madrid – Kate Boyle

Debut novelist Kate Boyle’s Happy as a Partridge: Life and Love in Madrid centres on Evie Fuller, an English girl who relocates from London to Madrid to teach English. The novel traces Evie’s adventures in work and romance as she attempts to navigate a new and exciting culture and falls in love with her adopted home.

Driving Over Lemons: An Optimist in Spain – Chris Stewart

Former Genesis drummer Chris Stewart documents his relocation to an old Andalusian farm with his wife Ana, as they struggle to get to grips with Spanish culture, a colourful cast of local characters and life on an isolated hillside without electricity or running water. This is the first book in a trilogy of his life in the Alpujarras.

The esteemed Irish historian Ian Gibson has been a citizen of Spain since 1984, and his latest book collects the experiences and observations he has amassed over that time. Part memoir, part travelogue, Iberian Adventures takes in Gibson’s initial move to Spain, compelled by a love of Federico García-Lorca but with little knowledge of the country, through to his gradual understanding of and assimilation into his home of six decades.

Dancing in the Fountain: How to Enjoy Living Abroad – Karen McCann

Californian travel writer Karen McCann describes her decision to relocate to Spain as “the greatest opportunity to reinvent yourself outside of the witness protection program” in this funny and illuminating chronicle of her move from the American Midwest to Seville.

READ MORE: 10 Madrid bookshops that are more than just bookshops 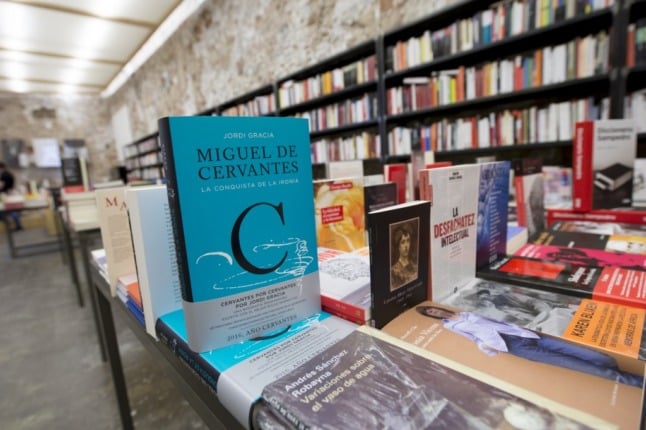 HEALTH
LISTED: The 14 sun creams Spain wants to take off the market 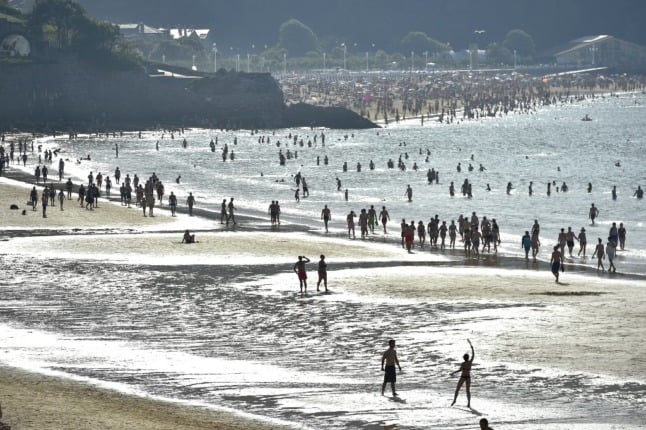