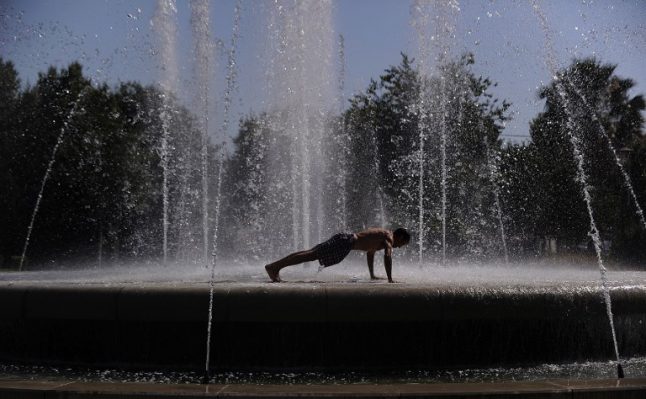 A man cools off at a fountain in Seville. Archive photo: AFP

Spain’s state meteorological agency has forecast clear skies across nearly all the peninsula with temperatures expected to reach above a more seasonal 30C in Madrid for the first time this year.

Only patches of Cantabria, the Basque Country and Navarra will be overcast, while those in the islands – both the Canaries and the Balearics – can expect to see scattered showers.

In the south, temperatures are predicted to soar into the high 30s, peaking in Cordoba at 38C on Sunday. Prediction for Saturday by Eltiempo.es

READ ALSO: Ten things that only happen in Spain when summer arrives