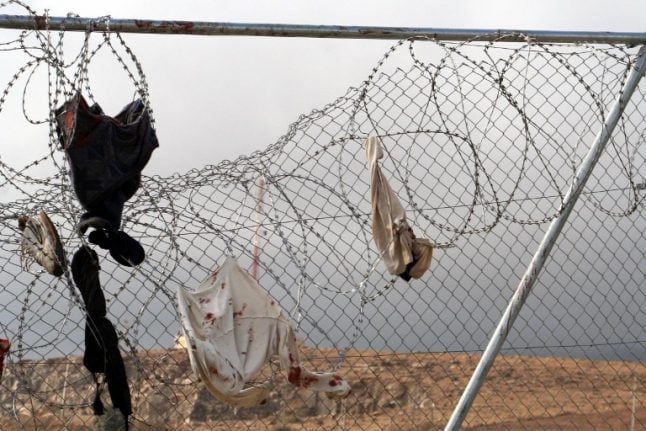 NGOs have long been calling for removal of razor wire installed along stretches of the border fences that divide Spain’s city enclaves of Ceuta and Melilla from neighbouring Morocco because of the serious injuries they cause those attempting to scale the fences.

The new interior minister, an anti-terror judge who was appointed last week by Pedro Sanchez, pledged to remove them as soon as possible.

“I’m going to do everything possible to see that these razor wire fences at Ceuta and Melilla are removed,” he said on Thursday in a radio interview with Onda Cero. “It’s one of my main priorities”.

He said that more must be done to dissuade migrants before they get to the fence.

“We can act before, at the point of origen, but we cannot let it get to that point,·” said Grande-Marlaska. “It is not reasonable or acceptable to see people jumping over the fence.”

The controversial razor wire was erected along parts of the borders in Melilla and Ceuta during the Socialist government of Jose Luis Rodriquez Zapatero in 2005 but was taken down within two years after reports of the horrible wounds it inflicted on those who successfully crossed.

But the conservative government of Mariano Rajoy reintroduced their use and installation across the fences in 2013.

Pedro Sanchez had made the removal of razor wire one of his electoral promises during the general elections of 2015 and 2016.

NGOs welcomed the plans by the new interior minister and hoped it signalled a wider shift in the treatment of migrants attempting to reach Spain.

“Lets hope that they also put an end to the practice of summary returns (devoluciones en caliente) at our borders,” said the Spanish Commission for Refugees (CEAR).

Earlier this week the new Socialist government invited a rescue boat with 629 migrants on board to dock in Spain after it was turned away from Malta and Italy.

Sanchez cited “humanitarian reasons” for agreeing to accept the migrants from the Aquarius ship, in stark contrast to the policy under predecessor Rajoy, who was often accused of only reluctantly accepting Spain’s quota of migrants.