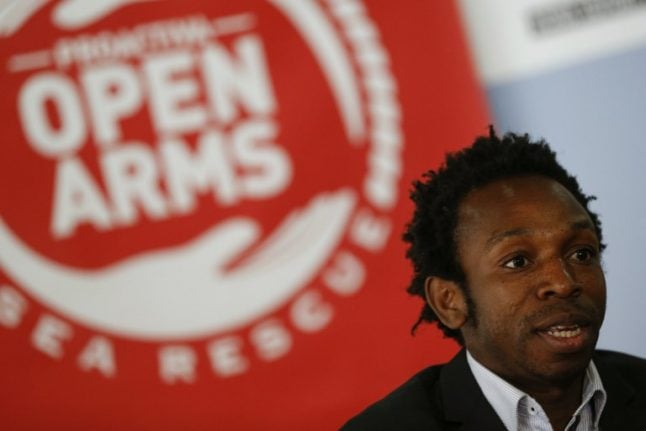 The Ghanian in his 30s has just completed a masters degree — after surviving a five-year trek across his home continent followed by a perilous boat crossing to Spain.

But he's also actively pursuing a campaign to discourage others from following in his footsteps.

“I went from being almost illiterate to studying a master, it's like I won the lottery,” Umar, dressed in a blazer, white shirt and moccasins, told AFP in the seaside town of Badalona near Barcelona.

But “today I wouldn't do it again, it's too hard,” he said as he gazed at the Mediterranean Sea, where thousands of migrants have died trying to reach Europe.

“I am only 0.01 percent. (Many others) die along the way and of those who arrive, only one percent manage to integrate into European life.”

Having already founded an NGO promoting childhood education in Ghana, Umar recently launched a project with migrant rescue charity Proactiva Open Arms that aims to convince his compatriots to stay at home. Over the past three years, the group says it has rescued nearly 60,000 migrants from the Mediterranean. Umar recalls the ordeal of crossing the Sahara desert without water, the mistreatment he suffered in Libya and Algeria and the death of his best friend along the journey to Europe.

“I will always carry this burden. That is why I don't want anyone to go through what I did,” he said.

Umar said death has played a key part in his life since he was born in Fiaso, a tiny village in Ghana's rainforest. His mother died while giving birth to him, which in Ghanaian culture means that the child is “cursed” and must be killed.

He escaped this fate thanks to his father being the local witch doctor. But when he was nine years old, Umar was sent to live with a distant uncle who taught him to be a welder.

He eventually decided to go to Europe when he was around 13.

The search for a better life quickly turned into a nightmare when the human traffickers abandoned him with 45 others in the middle of the Sahara desert.

Umar said he walked for 21 days, surviving by drinking his own urine while many of his companions died along the way. By the time they reached Libya, there were only six of them left.

“The biggest grave is not the sea, it is the desert,” Umar said. Members from Proactiva Open Arms, try to calm refugees and migrants during a rescue operation off the coast of Libya in 2016. Photo: AFP

After working in Libya for several years, he made it to Mauritania where he boarded a boat packed with migrants bound for the “promised land” — Spain's Canary Islands.

Along the way he lost his best friend Musa, whose boat sank during the crossing.

“I vowed I would never return to the water. It was total anguish, I don't know how to swim and I thought I could die at any moment,” Umar recalled.

After a short stint at a migrant reception centre on Fuerteventura, he was sent to Barcelona where he had dreamt of living ever since he watched FC Barcelona on TV as a child.

He slept rough for a month before a couple with three children took him into their home.

During this time, he made living repairing bicycles, earning enough to pay for his studies as well as those of his brother who is still in Ghana and runs Umar's Nasco education charity there.

Founded in 2012, Nasco acquires computer equipment and provides training in new technologies at five rural schools in Ghana to provide opportunities so youths do not need to immigrate. The plan is to send migrants rescued in the Mediterranean by Proactiva Open Arms to give talks at the Nasco-backed schools in Ghana about the ordeal they faced trying to get to Europe.

“We want to explain to them before they leave what they can expect during this long journey, from people from their country whom we rescued,” said Proactiva founder Oscar Camps.

“Ousmann says he won the lottery. But in the lottery, if you don't win, everything remains the same. This is more like Russian roulette,” he added. 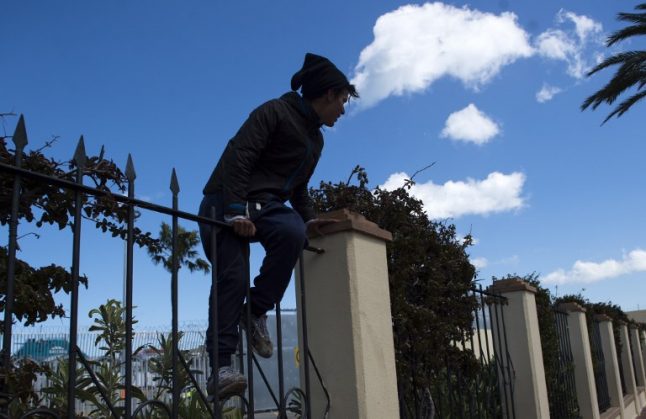 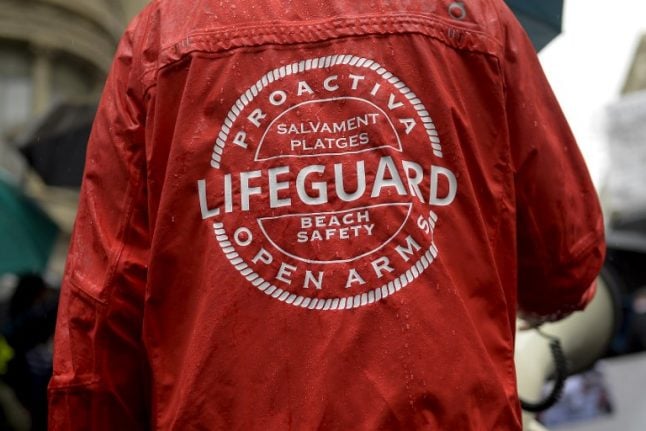