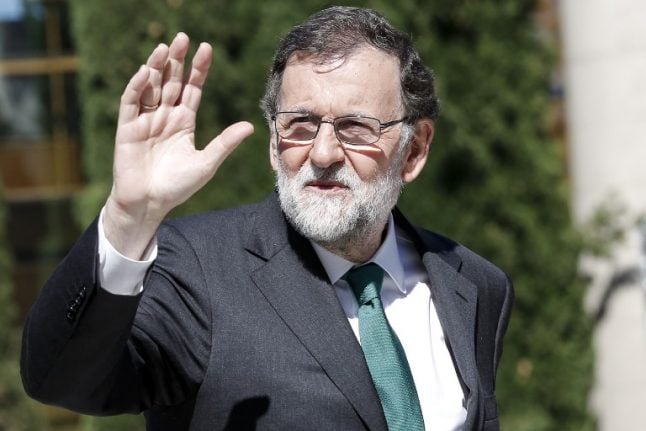 Aitor Esteban, the PNV parliamentary spokesman formally announced the decision during the afternoon session in the chamber.

Mr. Rajoy did not show his face in Congress for the afternoon session of the no-confidence debate, prompting fervent speculation that he was on the point of resigning.

But if he does resign, what next?

At this stage Mariano Rajoy does not have the power to call early elections (Under article 115.3 of the Spanish constitution, once a no-confidence vote is tabled, no elections can be called).

But he could resign ahead of the vote which will begin at 12 noon on Friday. If he does resign, his deputy Soraya Saenz de Santamaria would assume the role of acting president and lead an interim government until a new candidate for prime minister is put forward by the King.

This would be similar to the process seen two years ago when the King would hold discussions with the leaders of the parties to determine who would have enough support to form a government.

With no deadline in place until a new candidate is proposed by the King – at which point the candidate has two months to secure a vote in Congress – the PP would remain as interim government. If there is no consensus for a new candidate within two months of the first investiture attempt then new elections will be called.

In 2016, this process left Spain in stalemate for ten months and ended in October after Rajoy found the support of Ciudadanos and other smaller parties to be voted in as Prime Minister to form a minority government.

Could Sanchez still be Prime Minister? If Rajoy does not resign and the no-confidence vote goes against him, then Pedro Sanchez will become the new Prime Minsiter.

The Socialists said they plan to hold new elections if their motion succeeds but only after having governed for “several months”.

Sanchez stated during the debate that he would not contest the much delayed 2018 budget that was only passed last week thanks to PNV support.

But the PSOE has just 84 seats in the 350-seat parliament.

Even though they have the support of Podemos and smaller parties including PNV and the Catalan nationalists to oust Rajoy, that won’t necessarily transform into support to form a government.

Both scenarios point to difficult times ahead.