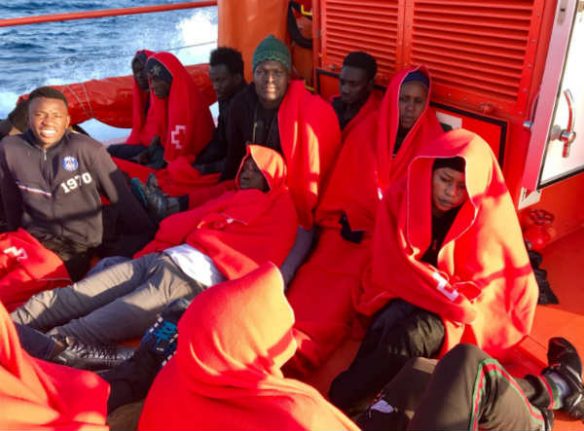 Three of the boats sank on Sunday right after the migrants were plucked from them due to their “poor state”, the maritime service said in a Twitter message.

Favourable weather in the Strait of Gibraltar appears to have sparked the surge in sea crossings.

Each year, tens of thousands  attempt to reach Spain and other southern European countries by crossing the Mediterranean in smuggler boats.

Most of the vessels are unfit for open water and thousands of migrants drown each year.

Spain is the third busiest gateway for migrants arriving in Europe, still far behind Italy but catching up fast with Greece.

Many Africans undertaking the long route to Europe are choosing to avoid crossing danger-ridden Libya to get to Italy along the so-called central Mediterranean route, choosing instead to try via Morocco and Spain.

According to the International Organisation for Migration, more than 22,400 people arrived in Spain by sea last year, nearly triple the number for 2016. Some 223 people died along the way.