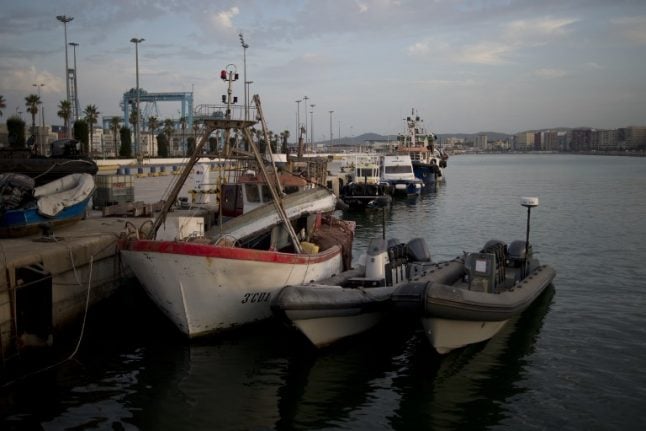 The nine-year-old boy died on Monday by a beach in Algeciras after the boat he was in with his father was hit by another vessel which witnesses told Spanish media was being driven dangerously.

The pilot of the boat is scheduled to appear on before a judge on Thursday and could face a homicide charge.

No clear link has so far been made between the accident and drug trafficking but according to police sources the pilot of the boat was known to the authorities for drug trafficking and his boat was used to fuel vessels used by traffickers to land Moroccan hashish on Spanish beaches.

The child's family is also linked to one of the main drug trafficking clans in the region, headed by Abdellah el Haj, a Moroccan dubbed the “Messi of hashish”, according to police.

The father of the boy who died has a criminal record, police said without giving further details.

Drug seizures have soared inn recent months in the south of Spain, which is the main gateway for Moroccan hashish into Europe,

Spanish police announced earlier Wednesday that they had intercepted around 2.5 tonnes of hashish near Algeciras.

Drug traffickers are operating increasingly openly in this part of the southern region of Andalusia, which has high unemployment, by landing shipments of drugs on beaches in broad daylight and physically attacking
police officers.