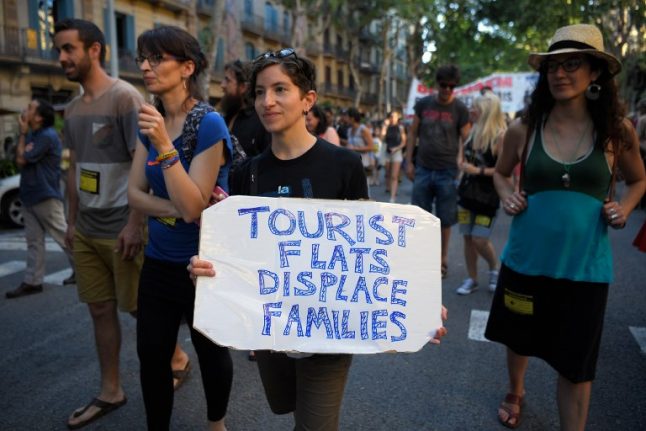 A new tourism law to be voted on by the regional government will give local authorities the power to regulate holiday rentals zone by zone.

The tourism boom in Spain has caused a growing backlash from local residents who complain that they are being priced out of rental accommodation in the most desirable parts of town.

Valencia city hall are preparing to limit new holiday rentals to ground and first floor apartments effectively putting an end to private rentals offering a room with a view.

While in the crowded historic part of Valencia, the Ciutat Vella, no new rentals will be allowed at all.

“With this new legislation, councils can take back control of what properties may be used for, and in Valencia we are going to impose an important barrier to ensure the trend does not grow in future,” said Sandra Gómez, the deputy mayor of Valencia.

The new legislation will demand that all holiday rentals are registered and have the correct licence, which must be shown on advertisements. Failure to do so will result in steep fines.

Gomez estimated that around 70 percent of the 5,000 holiday rentals in the city did not have the correct licences.

Last month Palma became the first city to ban private apartment rentals, while Barcelona has imposed strict new regulations and steep fines for companies such as Airbnb and HomeAway for advertising unlicensed properties.

Last summer the regional Balearic government passed strict new laws to limit the number of holidaymakers to the islands in a bid to curb the mass tourism that is sparking conflict with locals.