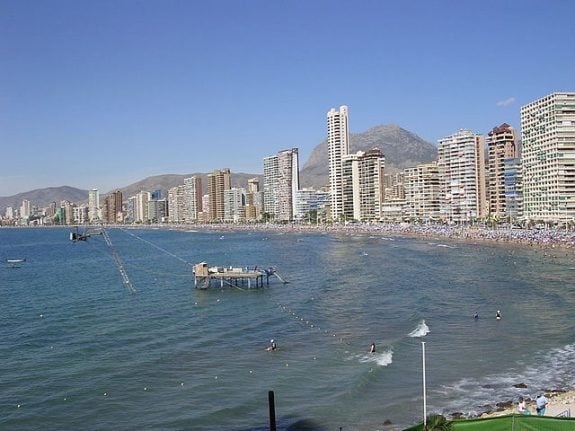 The men had planned to film the highly dangerous ‘base jump’ and share it on social media when they were arrested early on Saturday morning.

Local Police believed the group had already performed similar stunts off other tall buildings in Benidorm and had posted the footage on YouTube.

The men were caught by officers as they prepared to leap from the 33-storey Torre Levante, which at 120 metres is one of the tallest apartment buildings in the resort.

The four people, who have not been named but are said to be British passport holders, face a fine of €300,000 each.

Benidorm has held offiical base jumping competitions from its skyscrapers including the final of the Extreme World BASE Jumping Championships.

But such activities take place under strict regulations.

READ MORE: Six reasons why Benidorm is so much better than you think
Url copied to clipboard!