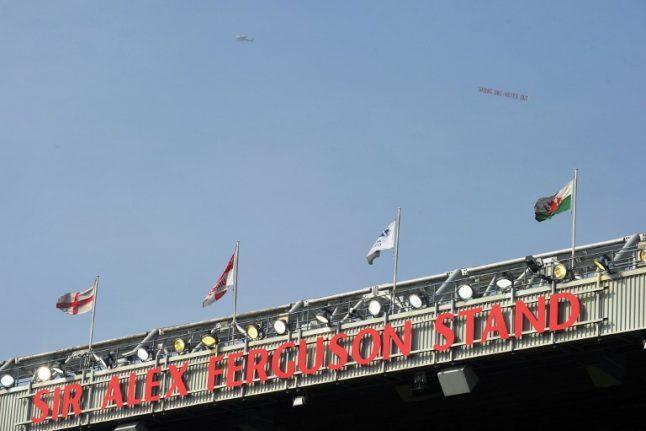 The only problem arose when Miras was asked to name some of the routes and destinations that would be made available to passengers from Murcia airport. The new southeastern Spanish air hub is set to open in 2019 near the small town of Corvera.

“Routes will begin from 2019 via Leeds, via Manchester United and distinct points,” said Miras in the interview with TVE, reports news portal 20minutes.es.

Social media users were quick to pick up on the blunder, with one twitter user posting a mock-up of Miras in the famous Red Devils strip.

Others interpreted the mistaken reference to the football club, and not the city of Manchester, as a promotion for Corvera's football team – who play in one of Spain's fifth regional divisions – to Europe's elite club competition, the Champions League.

López Miras later addressed his own blunder on twitter.

“We can already buy tickets to travel from the new international airport of the Murcia region to Manchester United and Manchester City. Matters of #ChampionsLeagueTourism and football fan lapses,” tweeted Miras. “Luckily I am a president of actions more than words,” he added.

“The Murcia International Airport was born to become the gateway to one of the Spanish tourist destinations with the highest growth potential,” reads the project's website.

But the strange marketing by the region's president, who was announcing that tickets can now be brought for key routes, isn't the first mishap the airport has faced: it was originally supposed to open in 2013 but was delayed because it was later revealed that the airport was built in a no-fly zone.

Known as Murcia-Corvera Airport, it is now set to open in January 2019.