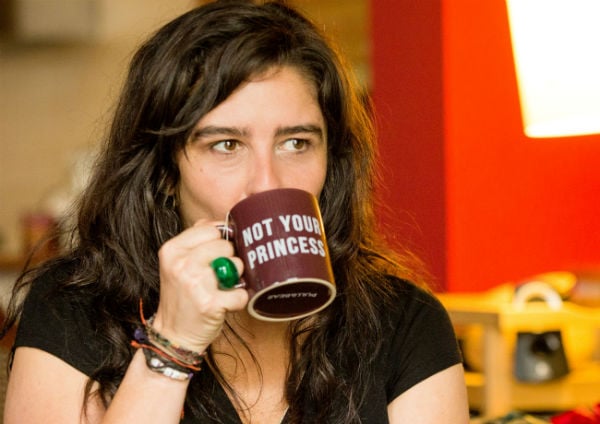 What message is the Spanish justice system sending to every Spanish woman and girl with the verdict on the multiple rape committed by the group of five men who style themselves as “La Manada” –The Wolf Pack? Well, this verdict is telling us we’re not free to decide about our own bodies, we’re taking a risk when we deciding to go out  – especially at night – and the police, the law and the justice system are not going to protect us.

And that’s not all.

It is also telling us, that, in 2018, in a country that is considered a democracy, Spain allows the possibility that a woman can be forced into having sex without her consent and it’s not considered violent.

This verdict is telling every Spanish woman that, in this country, being forced into non-consensual sexual acts is not violence.

There is also the question of intimidation. It’s become obvious that this thing we call “justice” absolutely ignores the everyday reality of what it’s like to be a woman.

Bearing in mind that practically every women has felt that moment of fear when a stranger steps into the elevator, and that all of us breathe a sigh of relief when we discover that the footsteps behind us on a lonely street at night, belong to a woman.

The La Manada verdict perpetuates the idea that a woman must put up resistance in case of an assault, that she must fight back physically, using violence if necessary, putting her life at risk to avoid being raped.

If she doesn’t fight back, she simply won’t be believed, not even by a court called to judge the rapist. Or rapists.

GALLERY: Millions take to the streets for women's rights Crowds fill the streets outside the Banco d'España on March 8th. Photo:AFP

On March 8th (a day that saw women across Spain take to the streets in mass demonstrations for women’s rights) it felt like a new awakening in Spanish women, a feeling of understanding on a huge scale, that the feminist movement is a fight within all of us.

And I think a huge number of women have understood that it is impossible to balance inequality between men and women, and violence against women, without changing social structures that support that male supremacy.

Those things that manifest in seemingly innocuous conducts, but make such oppression possible.

Those structures that build the heteropatriarchalsystem, that use women as objects to satisfy  family, men and market needs.

That's why there are people (such as the three judges responsible for deciding the verdict) that didn’t see violence in the act of forcing a woman into sex without her consent. A woman shouts slogans during a demonstration in Madrid on April 26. Photo: Gabriel Bouys/AFP

In my opinion, with this verdict, a lot of women in Spain have realized that the system is not built by us, is not for us.

The fact that every structure of the system is oriented to give us the place they need us at: serving, caring, satisfying every need and desire of those we have around us, sexual desire included, of course.

I think we, the feminist movement, have now a big double responsibility.

Firstly, to generate the conditions to make structural changes in the system, to break all the dynamics that produce inequality and violence against women.

And secondly to convince every woman that, if we are not protected by the police, the law and the justice system, and the decision to go out or try to act free is assuming a risk… then we have to develop personal and collective self-defence strategies.