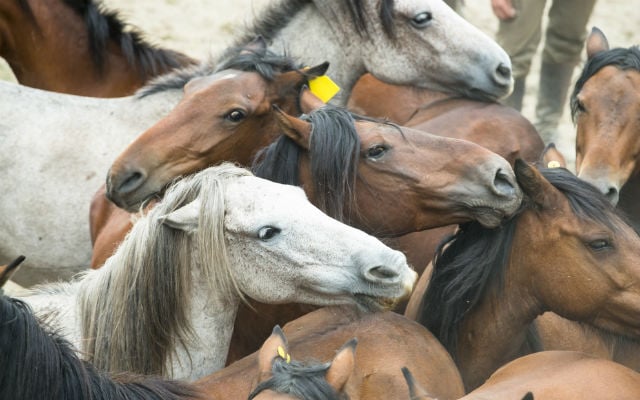 In January 2018, passersby at a roundabout in the town of Lugo witnessed a strange scene: five mastiff dogs were eating the carcass of a dead horse.

Residents in this town in the northwestern Galician autonomous region of Spain have apparently had famished, abandoned and often injured horses on the outskirts of the town for some time, according to a report in Spanish daily El Pais. Mares and donkeys have also been spotted regularly on the outskirts of Galician towns.

According to a report in local daily La Voz de Galicia, local residents have repeatedly reported the stray horses to the authorities, who continue to allegedly ignore the problem because the owners cannot maintain the animals.

Local sources say the horses belong to owners without a fixed residence and “who are insolvent,” making it harder for the authorities to track down the responsible parties, adds El Pais' report.

In 2017, the animal rights group Libera! filed a motion in the Galician regional parliament for the animals to be protected.

A 2017 law passed to protect local animals does not stretch to horses. The municipal and regional governments each say it is the other's responsibility to sort out the packs of stray horses, leaving the animals between a rock and a hard place, or on the edges of a city.

Discussing a new law for the protection of animals in 2017, Rubén Pérez, a spokesman for Libera!, told El Pais the animals had legislatively been “left in no man's land” because the new law excludes them.

The equine drama has left authorities baffled as to who should take charge and whose responsibility the animals are.