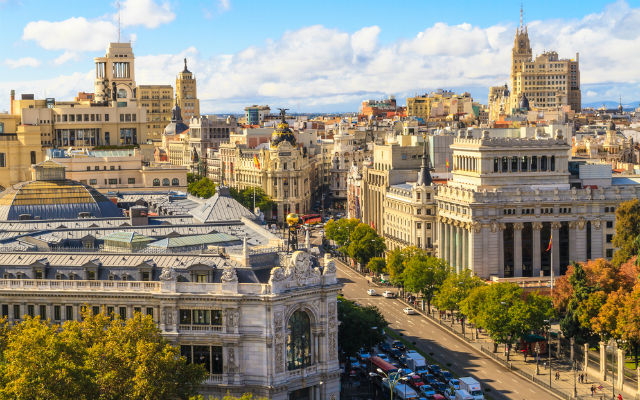 In so doing, Madrid — run by a leftwing coalition — is enforcing a nationwide “historical memory” law passed under the national Socialist government in 2007 that calls for the gradual replacement of symbols linked to Franco's brutal 1939-75 rule.

On Thursday, workers took down the signs for “General Millan Astray Street”  – referring to the man who founded the Spanish Legion and who was a good friend of Franco's – and “General Garcia de la Herranz Street.” The latter died in the early days of the 1936-9 civil war that pitted Franco's nationalists against republicans.

The workers then replaced them with “Teacher Justa Freire Street”, named after a famous educator, and “Cooperation Street.”

Spain's Commission for Historical Memory has ordered that 52 street names be changed, but three are currently undergoing a judicial review, reports El Mundo.

The “historical memory” law had been resisted by previous conservative city administrations as Spain struggles to come to terms with the civil war and Franco's subsequent dictatorship — particularly dark chapters of its recent history.

Several associations including the National Francisco Franco Foundation, which aims to keep memory of the dictator alive, filed appeals last year against the May 2017 decision by Madrid's city council to change the street names.

The move forced the Spanish capital to suspend the changes. But a Madrid court ruled on Monday August 23rd against the foundation's appeal, allowing the city to go ahead.

Controversy continues to rage over one particular street, Calle de los Caidos de La Division Azul in the capital Madrid. The Division Azul, a unit of Spanish volunteers who served in the German army during World War II, was formed in 1941.

A Madrid court suspended the changing of the street's name because it “does not enter the period of exaltation of the military uprising (1936), or the Civil War,” which is the period the current regulations are focusing on.

READ MORE: Spain begins to exhume bodies from Valley of the Fallen