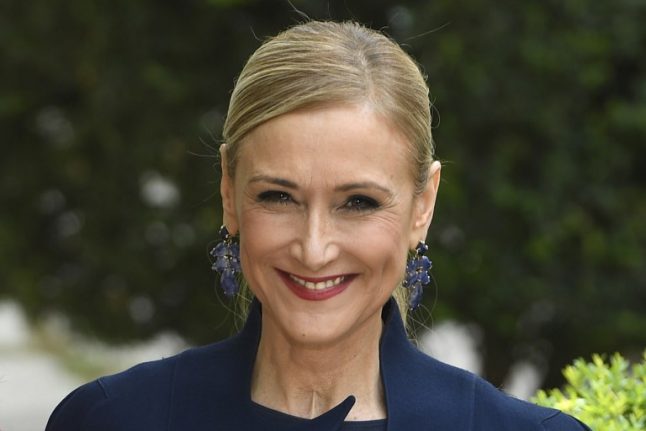 Cristina Cifuentes has resigned as president of the Madrid region. Photo: AFP

The Madrid premier had been battling to stay in office after allegations surfaced earlier this month that she had faked a master’s diploma from Madrid's King Juan Carlos University.

The scandal had blighted the annual conference held by the ruling Popular Party (PP) with cross-party calls for her resignation over the matter. She refused to resign, claiming she had the support of the nation’s president Mariano Rajoy and instead ‘gave up’ the dodgy degree.

But on Wednesday, online newspaper, OK Diario, published CCTV camera footage of her being detained and searched by store security guards after stealing two pots of Olay anti-aging cream.

The footage taken in an Eroski supermarket in the capital dates from May 4, 2011.

In a televised press conference, Cifuentes claimed that she had “inadvertently” pocketed the face creams but paid for them once her error was realised when she stopped by a security guard.

Rajoy said that her resignation was inevitable.

“She has done what she had to do. Her resignation had to happen in those circumstances,” he said after her announcement.