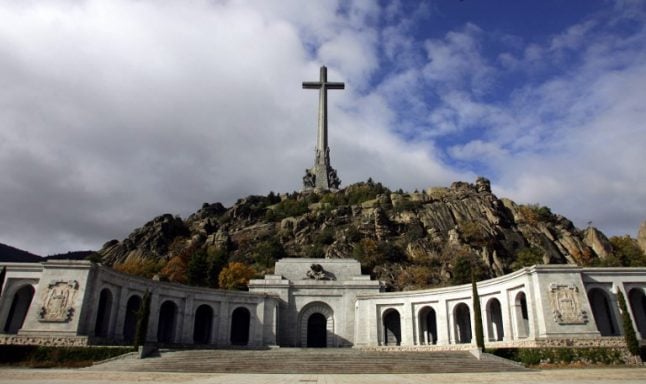 In March 2016, a court authorised the exhumations from the Valley of the Fallen, more than 40 years after Franco's death.

And technical experts have now arrived at the site to determine whether the exhumations can go ahead, given the state of the monument, as well as of the bones, which have been poorly preserved and not properly separated.

“It's a historic event. The technicians have entered. It seems that something is going to be done,” Maria Purificacion Lapena, the granddaughter of a man executed by Franco's forces, told AFP.

In March 2016, a Spanish court granted Lapena's request for the exhumation of the body of her grandfather, Manuel Lapena Altabas, and great-uncle Antonio Lapena Altabas so that they could be given a proper funeral.

The two men, both members of an anarchist group, were killed at the outset of Spain's 1936-39 civil war and buried in a mass grave in the northeastern region of Aragon.

In 1959, their remains were transferred without the consent of their family to the Valley of the Fallen, which became Franco's final resting spot when he died in 1975.

Built by Franco's regime between 1940 and 1958 in the granite mountains of the Sierra de Guadarrama, the Valley of the Fallen holds the remains of over 30,000 dead from both sides in the civil war.

Franco lies buried behind the high altar of a vast basilica hewn into the rock, which is capped by a vast 150-metre (500-foot) high cross that can be seen for miles around.

The dictator dedicated the site to “all the fallen” of the civil war, but because the monument was built in part by the forced labour of political prisoners, many who died during the works, the site has long been a rallying
point for the far right in Spain.

After the court authorised the exhumations in 2016, the Benedictine priest who runs the abbey and basilica blocked them, refusing to allow experts to enter the premises. But a bishops' conference forced him to follow the court order.

Two other families have also formally requested the exhumation of the bodies of their relatives.

Last year, a large majority of lawmakers asked, unsuccessfully, the conservative government for the remains of Franco to be removed from the mausoleum, to make it a place of memory for all.

READ: Is Spain about to dig up Francisco Franco?