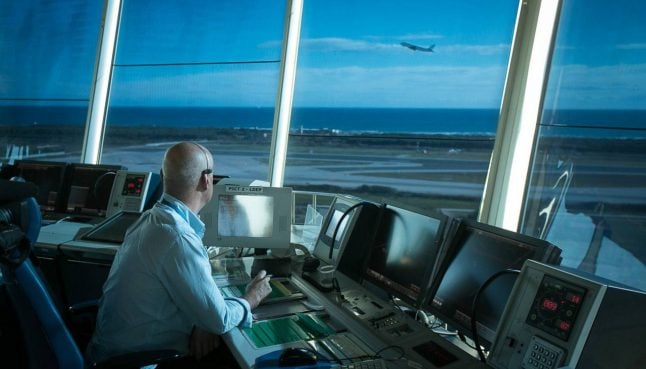 A series of 24hr strikes have been called for the summer. Photo: USCA

The industrial action by workers from the air-traffic control centre at El Prat will begin on June 20th, a few days before the schools breakup and the summer holiday season really gets underway.

The dates of the 24-hour strikes have not been confirmed but will not only affect flights in and out of El Prat but also those to the Balearic Islands and airports on Spain’s eastern coast.

The strikes have been called by the Air-Traffic Controllers' Union (USCA) which is embroiled in an ongoing dispute over staffing levels.

USCA has repeatedly warned that there are an insufficient number of air traffic controllers to cover flight traffic ,forcing controllers to work overtime.

The extra workload means they are having to work six days on and two days off rather than the normal five days on and three days off.

“The shortage of supervisors in the control towers has become chronic and, despite the calls to Enaire to hire new recruits, they won’t be in place in time to ease the intense work schedule of high season,” explained a statement on the USCA website.

“This is not a pessimistic forecast, it is realistic,” insisted Pau Mari, the USCA spokesman.

The decision to stage 24-hour strikes during the summer was made on Friday with the support of 85 percent of USCA members in Barcelona (255 out of 300) who said they would join.

The union says the Barcelona controllers are working extra shifts – they normally work five days on and three days off, but are having to work six days on and two days off because there are not enough of them to cover flight traffic.