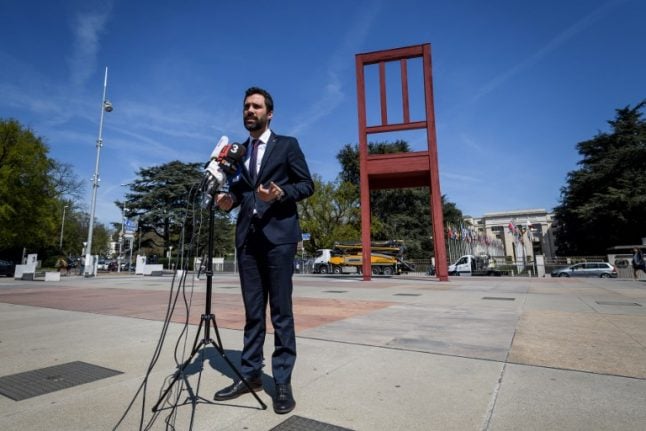 The separatist politician Roger Torrent spoke to reporters in Geneva after discussing the situation in Catalonia with a senior official at the United  Nations High Commission for Human Rights.

“The scenario of elections is a scenario that, in my opinion, is not at all in the interest of Catalonia,” Torrent said.

Catalonia has been in political limbo since Spain's conservative central government imposed direct rule on the region after it unilaterally declared  independence in October.

Separatist parties claimed the most seats in regional elections in December but the Catalan parliament has not sworn in a new president, with the three  nominated candidates all facing rebellion charges.

“I think that this question should be put to the Spanish government and to the courts: How long will they continue to block (Catalonia's president) from taking office?” Torrent said.

“It is the Spanish government and the institutions of the state, and in particular the courts, that are blocking the swearing-in from happening,” he  said.

Fresh regional elections will be triggered if a new leader is not in place by May 22nd. Torrent stressed that it was not his job to propose candidates as that was the prerogative of Catalan's parliamentary majority.

The current nominee, separatist leader Jordi Sanchez, is in prison.

The first choice for the job, former president Carles Puigdemont, is in self-imposed exile.

Jordi Turull, the former regional government spokesman who was also nominated for the presidency, is also in jail.

Torrent meanwhile said he was “satisfied” with his UN meeting.

“There is a common concern about the threats to fundamental democratic rights, and, at the same time, there is a shared consensus about the need to  find the means to find a political resolution to this conflict,” he said.