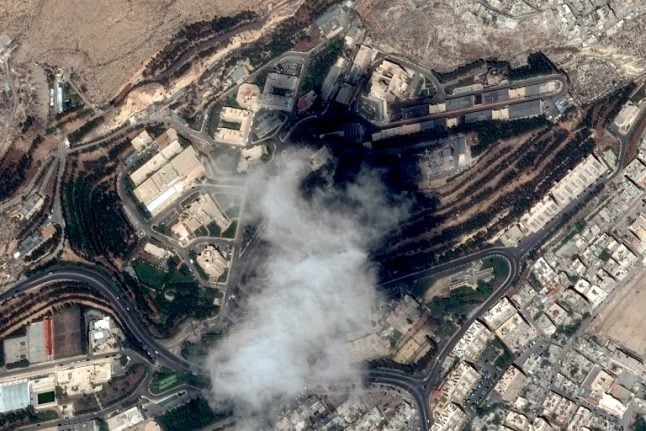 his handout satellite image taken on April 11, 2018 and provided on April 15, 2018 by Distribution Airbus DS, shows the Scientific Studies and Research Centre (SSRC) compound in the Barzeh district, n

The statement of support came after the US, UK and France made strikes against three Syrian sites in response to the chemical attack carried out by the Assad regime in Douma the previous week.

The use of #chemicalweapons is a crime against humanity, nothing can justify it. The strikes carried out in #Syria by the US, France and the UK are legitimate and proportionate @AlfonsoDastisQ https://t.co/LCy7V6C6P6

“An attack with chemical weapons is a crime against humanity. Those responsible for this and other previous attacks must be brought to justice.”

“We regret the paralysis of the Security Council on this issue. We always prefer concerted international action to unilateral actions. When they do happen, they must be proportional, as has been the case on this occasion.”

“Those who support the Syrian regime must exert all necessary pressure to avoid attacks against the civilian population. Continued ceasefire violations are not acceptable. But using chemical weapons is a qualitatively different matter and extremely grave. Unfortunately, it is not the first time, [and] we wish it to be the last.”

“Only a political transition process, as reflected in Security Council resolutions, can bring a definitive peace to Syria. It is a process that must be led by the United Nations. Spain fully supports this process as the only way to put an end to images like the ones we have seen recently of children dying and suffering horribly. Nothing justifies anything like that.”

The use of chemical weapons crossed the so-called “red-line” set by the United States, and was met with a firm response from President Donald Trump, who said the US was “locked and loaded” to strike again should chemical attacks continue.

Following the statement of support, the Spanish foreign minister, Alfonso Dastis, tweeted his insistence on more coordinated international action and a peace process led by the United Nations and referred to the strike as “limited in its objective.”

The UN Security council rejected a vote proposed by Russia, Syria’s most important ally, to condemn the US-led air strikes. Spain’s official statement marked a continuation of the West’s traditional support for the Syrian rebels.

Representatives from the Podemos party and the Spanish Socialist Workers' Party (PSOE), however, denounced the attack as a violation of international law and an impediment to the peace process.

Pablo Iglesias, the leader of the left-wing political party Podemos was the first politician in Spain to denounce the attack on his twitter account.

“The attack of Trump and his allies ignores the United Nations and disregards international law,” said Iglesias. He went on to remark on the timing of the attack, claiming that it occured right around the time that international inspectors were going to investigate the use of chemical weapons in Syria.

The Organization for the Prohibition of Chemical Weapons (OPCW) deployed a fact-finding mission to Douma since the first reports of the alleged use of chemical weapons were released. As of April 10th, the OPCW had yet to be deployed.

PSOE followed Iglesias' criticism, saying that the Syrian civil war will not end with air strikes but with “more dialogue” and a “concerted effort” from the international community. The party joined Podemos' stance in insisting that while Assad's alleged use of chemical weapons was unacceptable, the international community should have waited to for the results of OPCW's investigation.

The party's Secretary of International Relations, Héctor Gómez, expressed concerned about the escalation of the conflict in a press conference on Saturday.

According to Gómez the Socialists hope that the attack will be limited to military action related to the research and development of chemical weapons only and insist that Europe should play a “more active role” in bringing the conflict's main actors back to the negotiating table.

Dastis tweeted out that the European Union’s Foreign Affairs Council will gather in Luxembourg tomorrow, with Syria, Iran and Russia at the top of their agenda. In the meantime, the three members of the UN Security Council that coordinated the strike in Syria called for an independent investigation into Syria’s alleged use of chemical weapons. 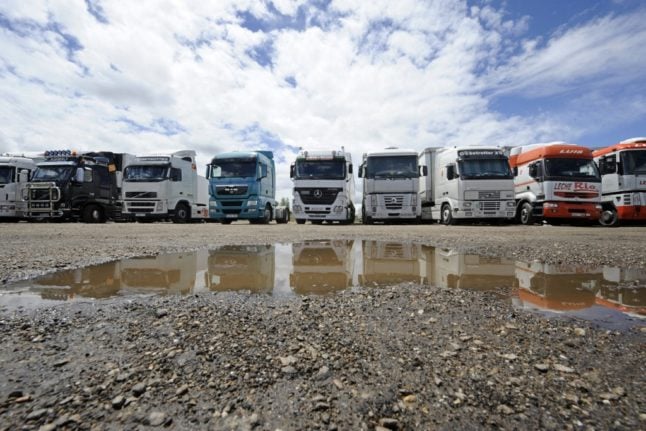