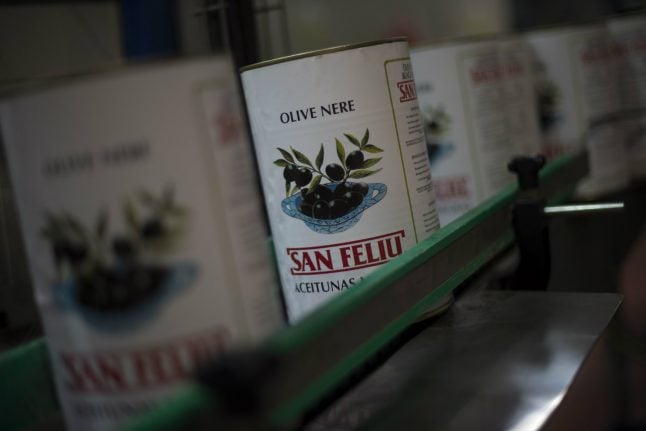 For now, the US flag still flutters next to others in front of the AgroSevilla factory, the world's biggest exporter of black olives based in southern Spain.

Far from just concerning Spain, the decision could snowball into the US imposing duties on other European products such as French cheese or Italian wine.

Since the winter and the sudden rise in levies, “we have lost many contracts and we have had to let people go for the first time ever,” says Gabriel Redondo, president of a grouping of 4,000 farmers who all own a small share of the factory, the world's biggest for black olives.

Set at the heart of huge olive plantations between Seville and Granada in the south, the factory treats, cures and slices olives, which are picked green.

They are then put in jars and cans and dispatched to 72 countries where they are sold to pizzerias, sandwich shops and salad bars – all expanding markets, particularly in the United States.

AgroSevilla exports 25 percent of its annual production to the US.

But within the space of a few months, the clouds have gathered for the cooperative and the entire sector, which employs 8,000 people on full-time contracts and ensures the survival of 16,000 farms in Andalusia. In 2017, two Californian companies filed a complaint against their Spanish competitors to the US commerce department, accusing them of dumping, or selling their products too cheaply in the United States by profiting from EU subsidies.

The department opened a probe, as did the International Trade Commission, an independent federal agency that investigates trade-related issues.

The final decision is due on mid-July, but the United States has already slapped temporary duties of more than 20 percent this winter on Spanish olives.

The conflict comes amid fears of a wider trade war after US President Donald Trump's administration raised customs duties on steel and aluminium, even if Europe is for the moment exempt from these.

For farmers in Andalusia, the move to raise levies came as a total surprise.

The sector as a whole exports 40 percent of its production to the United States for some 70 million euros ($86 million) a year.

Even before the final decision, some US buyers have suspended their contracts, which are now too expensive thanks to the temporary duties.

In the factory, “we're re-organising everything,” says Redondo, who fears they will lose market share to Morocco or Egypt.

Out of 450 employees at the factory, 30 have already lost their jobs. If the situation drags on, this could rise to 80.

Paradoxically, the Californian complaint only targets finished products and not imports of untreated olives that have just been picked.

The United States, which only produces 20 percent of the olives it consumes, will therefore continue buying the unprocessed olive fruit from Spain.

And that's a concern for Spanish farmers.

“We don't want to deliver olives without transforming them” as the untreated fruit is sold half the price of the finished product, says Juan de Dios Segura, who farms 100 hectares of olive trees nearby.

He's waiting anxiously for the July decision in the US, as he has already bought all the necessary fertiliser and machines for this year.

The sector says it has already spent five million euros in lawyers' fees in the United States, and it feels forgotten by the European Union.

“Europe deployed all its diplomatic energy (on steel duties) but left us by the wayside. It's condescending as the sector is small,” says Redondo.

By arguing that European subsidies are creating unfair competition, the US complaint “is calling into question the legality of the entire European agriculture policy,” says Antonio de Mora, head of Asemesa, the association of table olive producers.

The European parliament is concerned too.

Fearing a “spiral of defence investigations” on agricultural products, it voted last month on a resolution asking the European Commission “to study the possibility of challenging any final US decision before the WTO (World Trade Organization).”

The commission, meanwhile, says it will “take action” when necessary and considers “there is no base for anti-subsidy measures.” 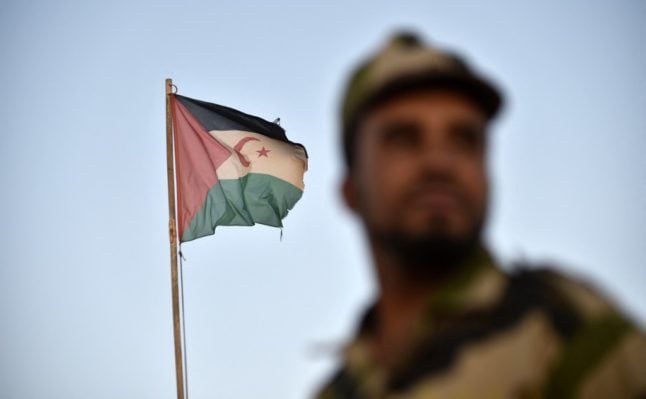