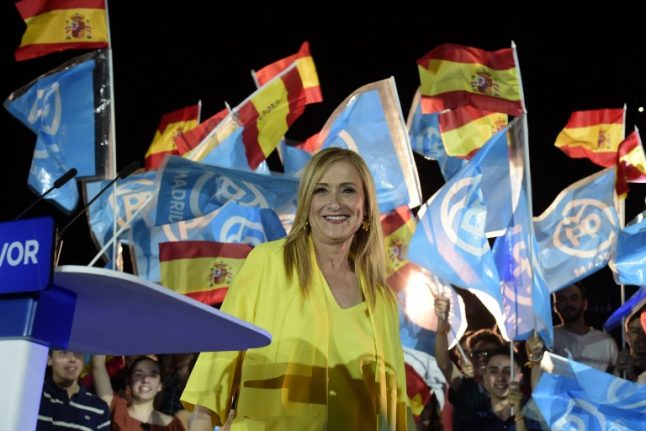 Cristina Cifuentes on the campaign trail in 2016. Photo: AFP

Cristina Cifuentes, head of the Madrid region and a member of Prime Minister Mariano Rajoy's Popular Party (PP), is suspected of obtaining the qualification from the public Rey Juan Carlos university by forging the grades for two units, local media reported in recent days.

A spokesman for the prosecutor's office confirmed a probe was underway into the alleged forgery of an official document, which is a criminal offence in Spain.

“After the appearance of information that suggests a crime may have been committed, the university decided to transfer it to the ministry to investigate,” the university said in a statement.

The Cifuentes affair could further damage the PP ahead of local elections next year, after her predecessor Esperanza Aguirre, was embroiled in a scandal over alleged misuse of public funds.

The opposition Socialists have demanded Cifuentes' resignation after she defended herself in front of regional lawmakers on Wednesday.

She denied forging documents to obtain her degree, but when pressed to provide her masters thesis as proof, she claimed to have lost it while moving house.