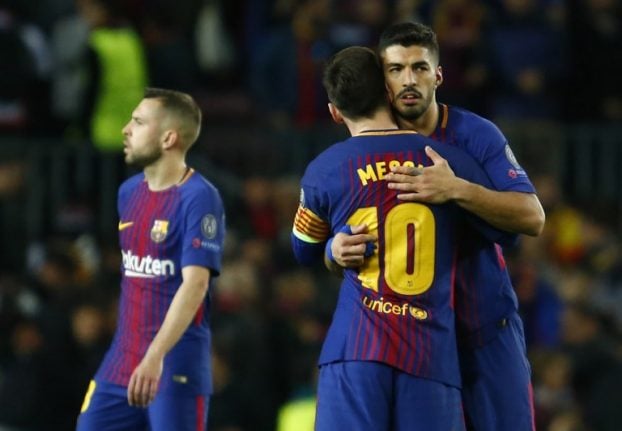 Barcelona can start planning for the Champions League semi-finals but their 4-1 win over Roma on Wednesday will not necessarily have rivals quivering in their boots.

Two own-goals, from Daniele De Rossi and Kostas Manolas, and a close-range finish from Gerard Pique, presented the Catalans with a flattering 3-0 advantage at the Camp Nou before Edin Dzeko snatched Roma a late away goal.

But, just as the Italians looked to have grabbed a lifeline, Luis Suarez restored the three-goal cushion, by scoring a fourth in the 87th minute.

It means Barça will head to Italy next week with a place in the last four firmly in their grasp but this was not a virtuouso attacking display.

Instead, they benefited from two fortuitous own goals and some careless Roma finishing. Ernesto Valverde's side are unlikely to meet as generous an opponent in the semis.

“It would have been better had we not conceded a goal, but we can't complain. We have a good lead, and now we need to rest up and prepare for the match against Leganes (on Saturday in La Liga) and then the second leg,” Pique told beIN Sports Spain.

“Roma are a good team and they stood up to us well. They play good football, maybe more defensively than we thought but they tried to hit us on the break.”

After Cristiano Ronaldo's spectacular bicycle kick for Real Madrid on Tuesday, even Lionel Messi, back from injury here, endured a slightly frustrating night, his shots and dribbles for once meeting opponents rather
than the net.

Messi returned to the starting line-up after recovering from his hamstring complaint, as did Sergio Busquets, back after breaking his toe against Chelsea three weeks ago.

Roma's own midfield enforcer Radja Nainggolan was missing with a hamstring strain.

Barça struggled for fluency in the first half, with Roma's nine-man defensive action largely successful in channelling their opponents' attacks down the centre, where the visitors were able to tackle, block and contain the space.

The only real early threat from Barça came through Ivan Rakitic's cross-shot, which curved without a touch all the way through to the far post, which it struck and bounced out.

By then, Roma were unfortunate not to have had a penalty as Dzeko nipped in front of Nelson Semedo, who pushed the attacker in the back. Referee Danny Makkelie, however, was unmoved.

“The referee had to have the courage to award that penalty against Barcelona. If they gave us that penalty, the game would have changed. We too are in the quarter-finals and deserve respect,” a fuming Dzeko told Italian television.

Instead, it was Barça who enjoyed the rub of the green when De Rossi attempted to cut out Andres Iniesta's pass to Messi. Facing goal, his leaping slide connected too well with the ball, which he stabbed past Alisson Becker and into his own net.

Stodgy in the first half, Barça were sloppy at the start of the second as Semedo allowed Diego Perotti a free header at the back post and then Samuel Umtiti could have been punished for a moment of indecision in his own six-yard box.

But Roma were blunt in attack and they paid the price. In the 55th minute, a skimming cross from Rakitic was met by Umtiti five yards out and while his finish came back off the post, the ball deflected off Manolas and in.

Four minutes later, it was 3-0. Messi's bending pass allowed Suarez a shot at goal and Alisson's parry fell at the feet of Pique, who side-footed home.

Roma looked to have found a way back into the contest when Dzeko nipped in to convert Perotti's cross but Suarez secured the victory and perhaps the tie.

His namesake Denis Suarez supplied the cross and as the ball spilled loose, the Uruguayan needed no second invitation to find the net. 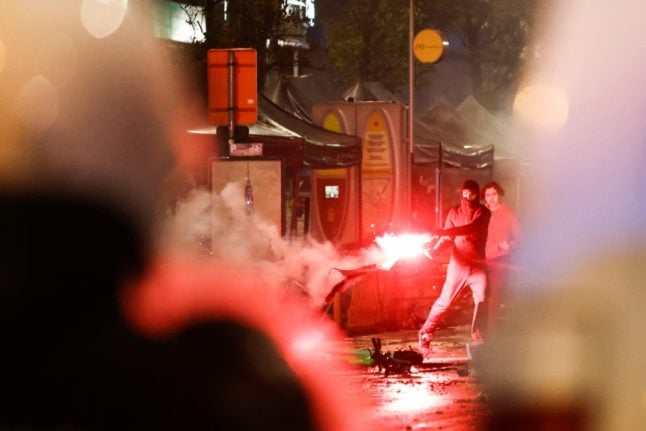