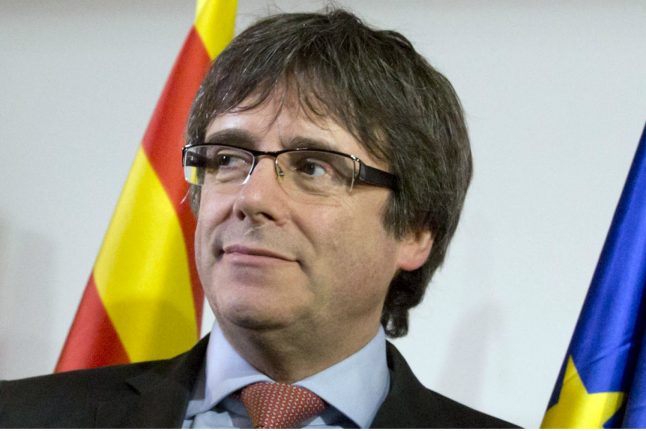 The request comes after protests by independence supporters at the weekend in Berlin and Catalonia calling for Puigdemont's immediate release.

“The prosecutor's office of Schleswig-Holstein state applied for an extradition arrest warrant against former Catalonian regional president Carles Puigdemont from the superior regional court,” it said in a statement.

It was not immediately clear when the court would rule on Puigdemont's possible extradition.

Puigdemont was arrested by German police on March 25th as he was travelling from Finland back to Belgium, where he has been living in self-imposed exile since Catalonia's failed independence bid last October.

The detention came two days after a Spanish judge issued European arrest warrants for Puigdemont and other fugitive separatist leaders.

They have been ordered to stand trial for rebellion, misuse of public funds and disobeying the state for organising last year's referendum on Catalan independence, which Madrid deemed illegal.

Puigdemont's arrest has sent tensions soaring at home, triggering a wave of protests in the wealthy northeastern Spanish region.

German judges have ordered Puigdemont to remain in custody in the northern town of Neumuenster as they mull Spain's request for him to be handed over.

They have 60 days to make a decision.

German media say the request has been complicated by the fact that rebellion, which carries a maximum penalty of 30 years in jail in Spain, is not a crime under German law.

However the prosecutor's office argued in its statement that the rebellion charge “contains in essence the accusation of calling an unconstitutional referendum despite violent riots that could be expected” matching the German charge of “treason”.

“Word-for-word conformance between the German and Spanish criminal codes is thus not legally required,” it said.