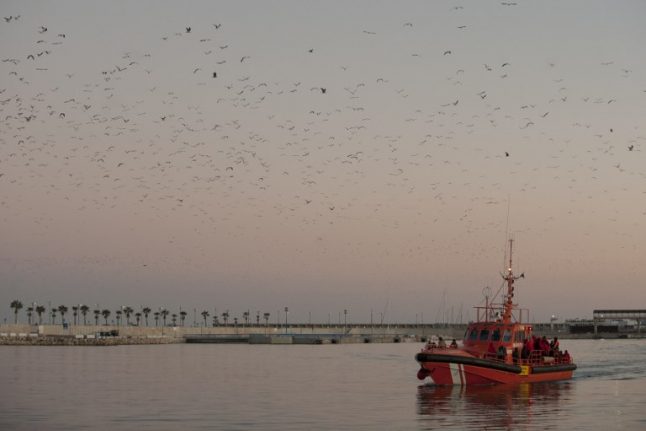 Archive photo of a rescue boat off the southern Spanish coast. Photo: AFP

Rescuers found one survivor who said there had been 12 people on board when the boat left Tangiers early Sunday, a spokesman for the maritime rescuers told AFP.

“The survivor said that when the boat overturned, of the 12 who had tried to make the crossing, only three remained” on board — the survivor and two of the dead, the spokesman said, adding that the cause of their deaths was not immediately known.

The nationalities of the migrants were also not yet known.

The association Helena Maleno, in contact with migrants wanting to reach Spain, had raised the alarm on social media at midday about looking for a migrant boat in the Strait of Gibraltar.

The emergency services of Andalusia had warned of bad weather and strong winds in the strait on Sunday.

Between the start of the year and March 25th, some 120 migrants have lost their lives trying to reach Spain by sea, according to the International Organization for Migration (IOM).

During that same period, nearly 500 migrants have died in dangerous crossings of the Mediterranean.