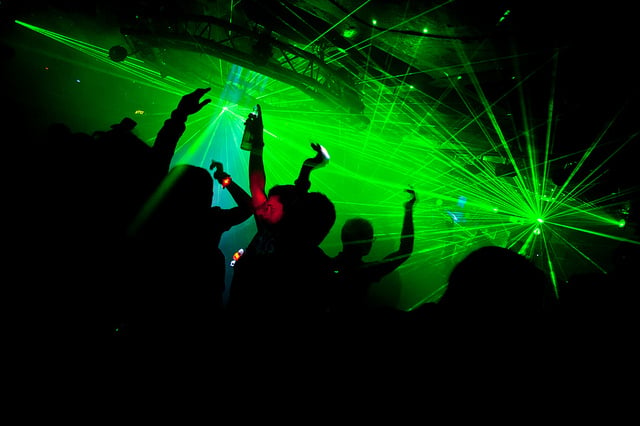 33 percent of gay men in Spanish cities saying they’d practiced chemsex in 2016. Photo: Matt Preston/Flickr
Drug-fuelled orgies may date back to the times of Ancient Greece but present-day Europe, and Spain in particular, is now dealing with a hedonistic trend that has far more life-threatening consequences.
On Wednesday, Spanish health experts specializing in infectious diseases launched their study, 99 key questions about Chemsex, to raise awareness about the dangers of using illicit lab-made drugs to prolong and enhance sex.
These include mephedrone, methamphetamine and GHB (Gamma Hydroxibutarate), often added to a cocktail of cocaine,  MDMA, poppers and other substances by chemsex participants.
“We’re facing an STD epidemic,” Ignacio Pérez, doctor at Madrid’s La Paz University Hospital and author of the study, is reported as saying by national radio network Cadena Ser.
According to their research, between 29 and 37 percent of people taking part in chemsex in Spain are HIV positive.
“We’ve got patients who had a completely normal life but as a result of chemsex they have developed a psychotic disorder or showed the initial signs of schizophrenia,” he added, highlighting that Chemsex participants don’t see themselves as addicts.
In fact, their research shows that Spaniards using drugs to enhance sex have a different profile to most drug users.”
“Most are Spanish nationals (71.6 percent), homosexual (96 percent), single (61.1 percent), city dwellers who are university educated (67, 9 percent) and holding down good jobs (83.5 percent),” the study reads.
“Their average age is 35.”
Consumption of these sex-themed drugs is of between 4 to 16 percent in European cities but Madrid, Valencia and Barcelona hold the highest rates on the continent for 2016, with 33 percent of gay men in Spanish cities saying they’d practiced chemsex.
Experts attribute the recent spike to the increasing popularity of dating apps such as Tinder, Grinder and Scruff, which have made it far easier for sexual partners to meet.
“Do not imagine that in all cases there are twenty people gathered Sodom and Gomorra style,” Dr Perez clarifies.
“Chemsex can be a single person with his computer and a glass pipe having sex online or couples who want to experience new sensations.”
But Pérez feels the chemsex trend is usually the product of loneliness and a lack of confidence because of the subjects’ sexual orientation.
“These addictive practices are the refuge of many men with problems of acceptance relating to their homosexuality.”
Only one hospital in the whole of Spain, Hospital Clínic de Barcelona, has opened a specific unit of assistance against Chemsex, with Pérez underlining that there’s a lack of Mental Health services available in the country’s public health system.
Url copied to clipboard!