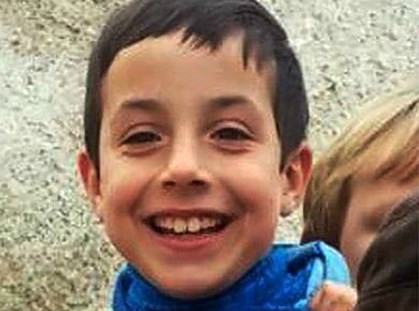 Eight-year-old Gabriel Cruz's murder has led many Spaniards to call for her killer to be sentenced to life in prison. Photo: Spanish police
Just days after the murder of eight-year-old Gabriel Cruz left the nation in shock, Spain’s Parliament has voted to revoke reviewable permanent prison, considered by many “undemocratic”.
Opposition party PNV (Basque Nationalist Party), backed by Spain’s PSOE Socialists, prevented the country’s ruling Popular Party and Ciudadanos from getting a majority, their hope being to further toughen imprisonment measures.
Under reviewable permanent prison, criminals convicted of terrorism, political assassination, genocide and certain types of egregious murder have to serve a minimum number of years before their case may come up for review.
The measure was first encoded into law in March 2015 under Spain’s current ruling Popular Party, although only one person has been sentenced to reviewable permanent prison so far (a father found guilty of murdering his two daughters).
Thursday’s prescheduled congressional debate and vote has coincided with one of the most mediatized child murder cases in recent Spanish history.
It comes less than 48 hours after the prime suspect in Gabriel’s murder case, Ana Luisa Quezada, confessed to hitting the young boy with an axe and then strangling him. This has further galvanized the Spanish public and made the vote all the more divisive, with many calling for Quezada to get the harshest possible prison sentence.
Opposition parties have accused the PP of looking to capitalize on the nation’s mourning in their bid to extend reviewable permanent prison to serial rapists, arsonists whose actions result in death, and murderers who refuse to cooperate with the police to locate the body.
On Wednesday, over 100 university academics signed a petition against reviewable permanent prison, arguing that it “doesn’t deter criminals from committing the most serious crimes any more than severe pre-existing sentences of up to 30 years for one crime and up to 40 for several.”
Url copied to clipboard!