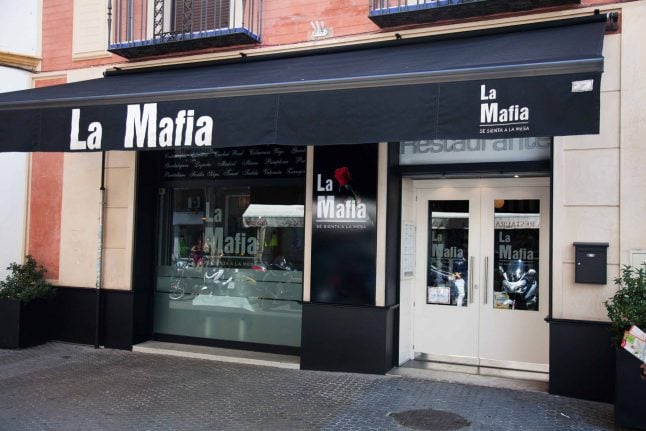 Judges in Luxembourg backed an appeal by the Italian government against the use of the trademark by La Mafia Se Sienta a la Mesa (The Mafia take a Seat at the Table).

The chain, which has 40 Italian-style restaurants in Spain, has a logo reminiscent of posters for the film The Godfather, with the words “La Mafia” in large white letters superimposed over a picture of a red rose on a black background.

“The mark 'La Mafia Se Sienta a la Mesa' is contrary to public policy,” the General Court of the European Union, the second-highest court in the 28-nation bloc, said in a statement. The company that runs the chain, La Mafia Franchises, originally applied for the trademark in 2005.

But the EU's intellectual property office turned it down in 2015 after the Italian government objected, saying it was “contrary to public policy and to accepted principles of morality.”

La Mafia Franchises then lodged an appeal against the decision, which the EU General Court rejected in its strongly worded statement.

It said that the word mafia was the “dominant element” of the trademark “and is understood worldwide as referring to a criminal organization that resorts, inter alia, to intimidation, physical violence and murder in carrying out its activities”.

The statement went on to say that “those criminal activities breach the very values on which the EU is founded” and which “make up the spiritual and moral heritage of the EU”.

“Moreover, given their cross-border dimension, the mafia's criminal activities are a serious threat to security throughout the EU.”

The issue of the Italian criminal organization is particularly sensitive in Europe after the murder of a Slovak journalist who had been probing alleged high-level corruption linked to the mafia.