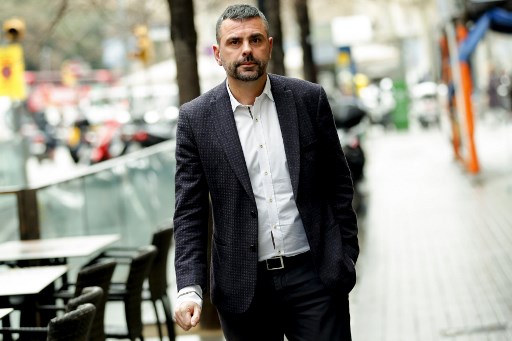 Vila, who served as Puigdemont’s business minister, quit the day before Catalan lawmakers made a unilateral declaration of independence. Photo: PAU BARRENA / AFP
We moderates, we’re the big losers,” says Santi Vila, a former minister to Catalonia’s deposed separatist leader, Carles Puigdemont.
During last year’s secession crisis in the Spanish region, Vila, who served as Puigdemont’s business minister, quit the day before Catalan lawmakers made a unilateral declaration of independence on October 27.
Until then the historian, who has since been denounced as a “traitor”, had sought to mediate between Madrid and the Catalan regional government discreetly behind the scenes to ease tensions.
In his book “Heroes and Traitors”, the 44 year old describes the events of those critical weeks last autumn, charging his former separatist colleagues with pursuing an impossible dream — sometimes beyond the bounds of legality — and of placing their emotions before reason.
“There was a lack of pragmatism,” he told AFP in an interview. “In politics, the dream is very important but keeping a sense of the realities is too.
“You have to have an ideology, but still keep your feet on the ground. When the gap is too wide, everything falls apart.”
‘We’ve regressed’
The dream of Catalan independence collapsed on October 27 when the regional government was deposed.
Puigdemont and several of his former ministers went into exile in Belgium, and others were placed in detention while under investigation for their role in the secession drive.
The former semi-autonomous region in northeast Spain is now under the direct control of Madrid, for the first time in 40 years.
“We’re much worse off then we were,” says Vila.
“Now Catalan nationalism is back to demanding autonomy be restored and prisoners be given amnesty,” he says. That was the demand after the 1975 death of Spanish dictator Francisco Franco, who had repressed Catalonia.
“In the short-term, we’ve regressed,” Vila adds.
For him, the remembrance of overnight October 25-26 last year fills him with regret.
At 3:00 am, Puigdemont had finally resolved to call for regional elections rather than proclaim unilateral independence.
Vila was in favour of that move which would have eased the crisis and advised him to wait until the morning.
But then the Catalan separatist leader changed his mind, under pressure and facing accusations of “treachery” on Twitter.
“It was a mistake,” Vila says with a contrite smile.
Waiting for moderation
Even now, the separatists have not softened their stance.
On the contrary, they have pledged to press ahead with setting up a republic and draft a Catalan constitution that would need to be approved by referendum.
But such a vote would presumably be declared illegal just like the plebiscite on independence held on October 1.
“The separatist project has to learn that it must always act within the framework of the legal system,” says Vila.
In particular, the independence movement must drum up support, he adds.
Vila points out that in the last two regional elections of 2015 and 2017, separatist formations failed to secure more than 50 percent of the vote even if they took a majority of seats in the Catalan parliament, due to the over-representation of rural areas that are more pro-independence.
“A lot of mistakes are made in the analysis of the independence movement,” Vila says, adding that “one of them is to over-estimate support.”
“A project of such magnitude needs a bigger majority,” he insists.
Such criticisms have enraged the separatists, with two of Vila’s former government colleagues saying his book was “full of untruths” and accusing him of “indescribable moral meanness”.
For the time being, Vila is keeping his distance from politics, devoting himself instead to his teaching at the Ramon Llull University in Barcelona, as he waits for “moderation to come into fashion in Catalonia”. 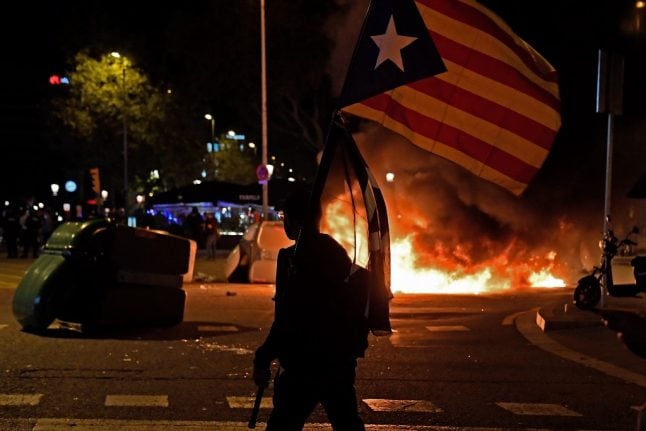 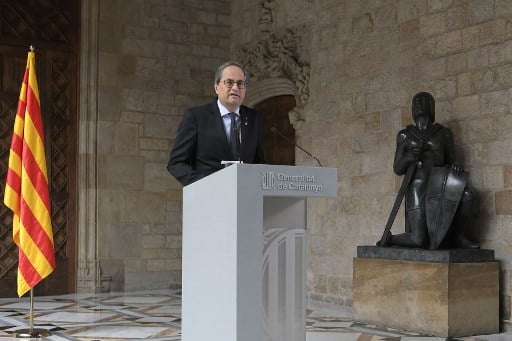 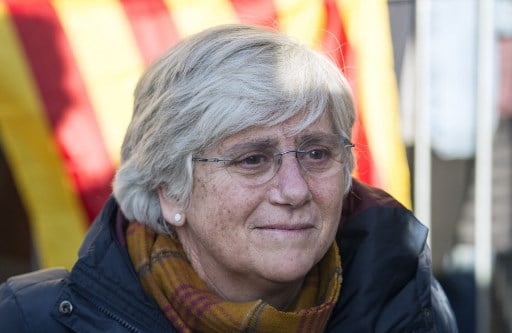