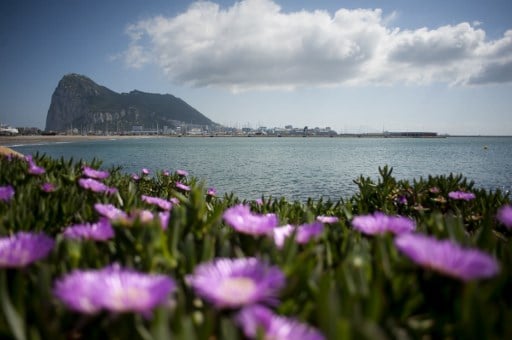 Very few Gibraltarians feel the grass will be greener on the other side post-Brexit. Photo: JORGE GUERRERO / AFP
Positive Brexit news may be hard to come by these days but the latest report by Spain’s Elcano Institute suggests that the UK’s impending departure from the EU could actually help settle a centuries-long dispute over The Rock.
The study claims Spain and the United Kingdom are now in a better position than ever to decide a new status for Gibraltar, one that will be in the best interests of both parties.
One option suggested in the study would be agreeing to a special taxation area around Gibraltar and the joint management of The Rock’s airport.
That in turn may spur Spain to stop raising its flag in Gibraltar, a move staunchly opposed by Gibraltarians.
READ MORE: Spain makes pledge on Gibraltar: 'Brexit won't change anything'
“The Spanish government has said it doesn’t intend to reclaim sovereignty of Gibraltar by using Brexit as a bargaining tool” but it “does have the legitimate goal of rebalancing the conditions imposed by the United Kingdom in the 70s and 80s”.
These “privileged conditions” mentioned by Elcano refer to Gibraltar being “part of the internal market but not the customs union nor the value-added tax area, which has been used to transform the territory into a fiscal paradise”.
The fifty-page report, titled “Spain on the cusp of Brexit”, stresses throughout that Brexit is fundamentally “bad news” for Spain, for both financial and personal reasons, but future deals  between both countries are unfortunately mostly dependent on what the UK agrees to with the EU.
IN-DEPTH: Gibraltar – a history of ill will over The Rock
Photo: Daniel Doyle
Elcano’s researchers argue that though the issue of Gibraltar is at the centre of Spain’s Brexit plans, it is Gibraltarians that are hardest pressed to find solutions, on the verge of being dragged out of the EU by the UK even though they voted overwhelmingly to remain.
Spain and the United Kingdom have long held close personal and financial ties built primarily on investment and tourism.
Many Gibraltarians own property in Spain while 8,000 Spaniards from La Linea and other unemployment-ridden areas of southern Spain cross over into The Rock to work.
READ ALSO: 'This brings us hope': What the Brexit court ruling means for Brits in Spain